The handwound MWC Mk III is a recreation of the classic 1950s NATO specification watches which were made under UK Ministry of Defence reference 6B/346 Mk XI. Although it is very similar in style to the watches made at that time it offers greatly improved accuracy through the use of a modern high performance 17 jewel movement. This watch whilst closely based on the old 1950s case design has been greatly improved to a rating of 100m for water resistance which greatly exceds most current military requirements of 30m-50m. This watch offers true military looks and appeals to both serving and retired military personnel.

These watches are built to a specification that could never even be contemplated by most current defence ministries because the reality is that with the budgetary constraints no modern military forces could affords watches of this quality when cheaper models can fulfill their need. In the past the worlds forces regularly purchased Rolex, IWC, Omega, Longines and various other well known brands. Unfortunatately those days are well gone. Because many people still want a military type watch that looks right even though it is made to a much higher specification than a current issue model we offer the MKIII. No expense has been spared to create a superior quality product, from the high performance movement to the brushed stainless steel 1950/60s design case which is manufactured and handfinished in Zurich the quality of finish is visibly superior to any current military watches. 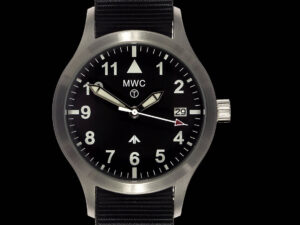 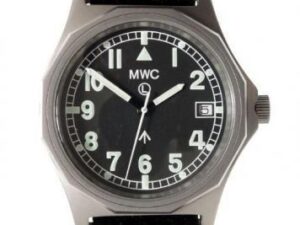 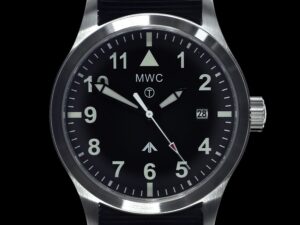 £265.00
Manage Cookie Consent
To provide the best experiences, we use technologies like cookies to store and/or access device information. Consenting to these technologies will allow us to process data such as browsing behavior or unique IDs on this site. Not consenting or withdrawing consent, may adversely affect certain features and functions.
Manage options Manage services Manage vendors Read more about these purposes
View preferences
{title} {title} {title}