Since their division in 1945, formalised in 1948, and the escalation of hostilities into the Korean War two years later, North and South Korea have remained technically at war and continued to overwhelmingly base their defence planning on the need to prepare for a resumption of hostilities. Since the Korean War’s conclusion both have been in a high stakes arms race which escalated in the 1960s and 70s as the southern economy gradually bridged gaps in development and its military gained the ability to absorb more American equipment. Having lost over a million people to American firebombing raids on its population centres, with some estimates being considerably higher, North Korea would heavily prioritise air defence with its airspace becoming among the most heavily fortified in the world. America’s abrogation of prohibitions on deployment of nuclear weapons to Korea in 1958, and deployment of a nuclear arsenal in South Korea which reached 950 warheads, further stimulated investment in air defence, retaliatory strike capabilities, and fortifications capable of enduring nuclear attacks. By the early 1960s North Korea had acquired MiG-21, MiG-19 and MiG-17 fighters for air defence duties, which complemented an air defence network built around the S-75 surface to air missile system and a wide range of anti aircraft artillery. Il-28 bombers and Su-7 strike fighters supplied by the Soviet Union further provided a conservative capability to launch retaliatory attacks, although without nuclear weapons its air forces’ firepower was orders of magnitude smaller. 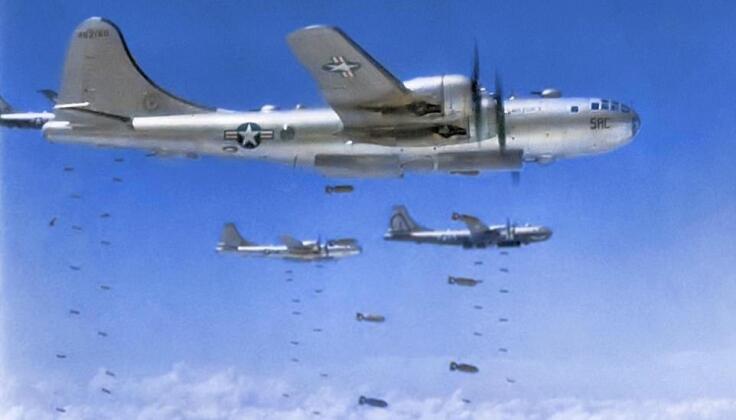 The discrepancy in the aerial warfare capabilities between the two Koreas favouring the north appeared to only be growing until the mid-1960s, until which point the bulk of the South Korean fleet was still formed of obsolete F-86 fighters acquired second hand from the United States. North Korea saw a slowdown in the modernisation of its fighter fleet and air defences at this time due to the political shift which had taken place in the Soviet Union, the growing ideological rift between Moscow and Pyongyang, and Moscow’s ire at North Korea’s refusal to condemn China and its insistence on neutrality in the Sino-Soviet split. The result was that North Korea lost access to newer generations of Soviet weapons systems, including more advanced MiG-21 and S-75 variants. This worsened in the 1970s as it lost access to newer assets which began to be offered for export to other clients such as the Su-22 strike fighter, MiG-23 air superiority fighter and 2K12 and S-125 air defence systems, as well as new MiG-21 variants with third generation capabilities. 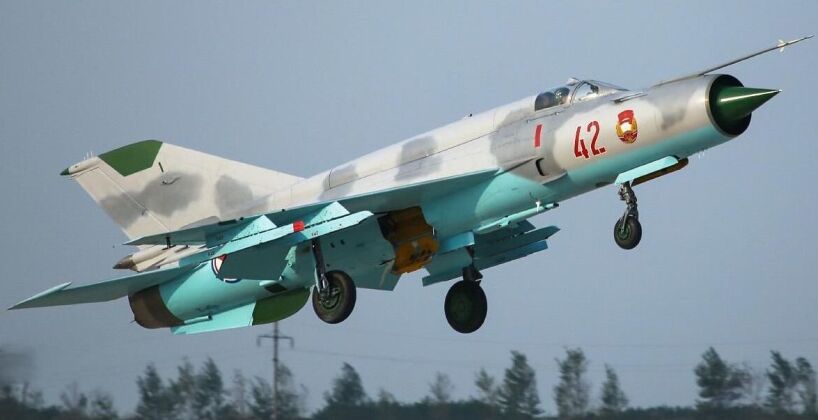 While North Korean fleet modernisation slowed, South Korea would begin to drastically modernise its assets as its economy began to improve under the Park Chung Hee administration, and in the 1980s began purchases of advanced F-16 fourth generation fighters and F-4E and F-5E third generation fighters. These all outperformed the most advanced jets in the North Korean fleet and had beyond visual range air to air capabilities which northern fighter units could not match. Improvements in North Korea’s relations with the Soviet Union from 1984, following a visit by President Kim Il Sung to Moscow and a decline in Sino-Soviet tensions, paved the way for new arms transfers. The USSR would provide MiG-23 third generation fighters and later MiG-29 fourth generation fighters, Su-25 attack jets and a range of air defence systems including the Tin Shield radar system, S-200 long range missile system and S-125 low altitude missile system. Although fielded in smaller numbers, the MiG-29 was the heaviest and most capable fighter between the two countries – integrating superior R-27 missiles and a stronger radar and enjoying a superior flight performance. The MiG-23s were from the modernised MiG-23ML variant which had strongly impressed South African and Israeli forces that fought against them. 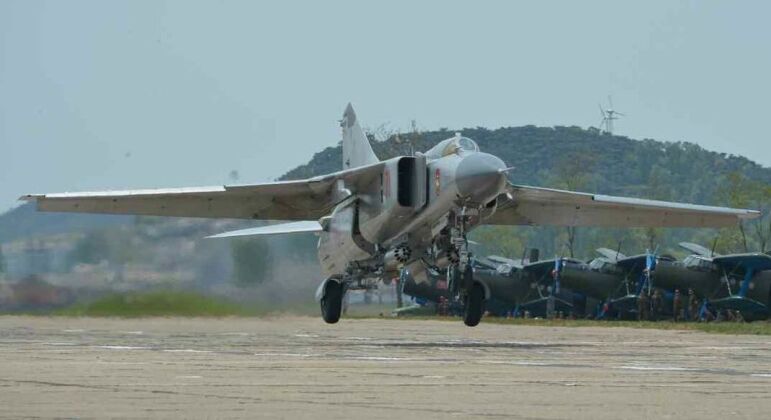 While North Korea enjoyed a qualitative advantage with new Soviet weapons systems delivered, South Korea’s Air Force inventory was still far more impressive in the 1980s with a much higher proportion of third and fourth generation combat jets. Although the MiG-29 was a very capable fighter only around 14-18 were delivered by the USSR. The situation would only worsen for North Korea in the 1990s, as the F-16 began to form the mainstay of the South Korean fleet while the north’s economic crisis and loss of Soviet assistance seriously undermined its own capabilities. Pyongyang did manage to purchase fighter jets from cash strapped Soviet successor states, including approximately 36 MiG-21BiS third generation fighters from Kazakhstan and an entire MiG-29 production line from Russia alongside unassembled kits. Other purchases may have been made in secret, much as the Kazakh arms deal was intended to be. It was also speculated that North Korea had acquired S-300 surface to air missile systems from Russia, which was hinted by Russian state media but never confirmed.

In the 21st century North Korea’s Air Force would become the weakest of its service branches – as it was the only one which was heavily reliant on foreign systems for modernisation which made upgrading the inventory difficult. While the country could produce more capable classes of battle tanks, upgrade its frigates with new sensors and cruise missiles and manufacture what would become the world’s most numerous submarine fleet, it lacked the ability to produce new combat jets beyond the 2-3 MiG-29s it could assemble every year with Russian support. Efforts were made after 2000, however, to modernise the fleet with glass cockpits and indigenous electronic warfare systems. 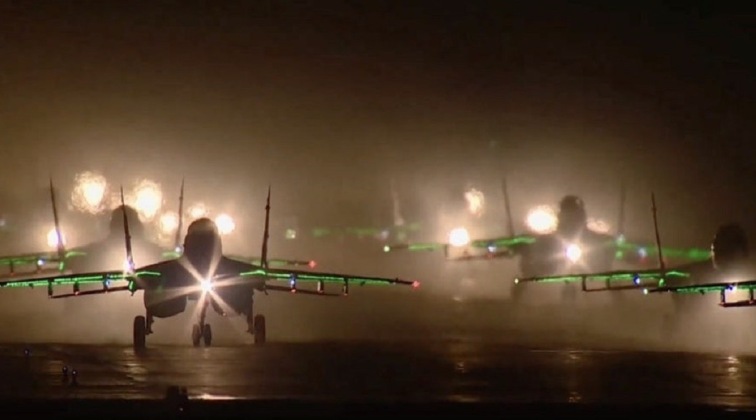 South Korea would continue to widen its lead in aerial warfare capabilities in the 21st century, equipping more F-16 units with AIM-120 active radar guided missiles and acquiring its first heavyweight fighter class the F-15K Slam Eagle in the 2000s. Its F-50 lightweight fighter would allow it to replace more Cold War era fighters, while orders for the F-35A in the 2010s brought its fleet into the fifth generation and allowed it to phase its Vietnam War era F-4s out of service. The country in 2022 became the fourth in the world to fly an indigenous fifth generation fighter, the KF-21, which is expected to replace the F-16 in frontline service and further cement the country’s tremendous aerial advantage. South Korean F-16 units have also begun to be modernised with fifth generation level avionics under the F-16U program, which makes them among the most potent single engine fighters in the world and ensures a comfortable advantage over the MiG-29. Although North’s MiG-29s were more capable when they entered service, opportunities to acquire new armaments and update avionics and sensors have been far more limited. 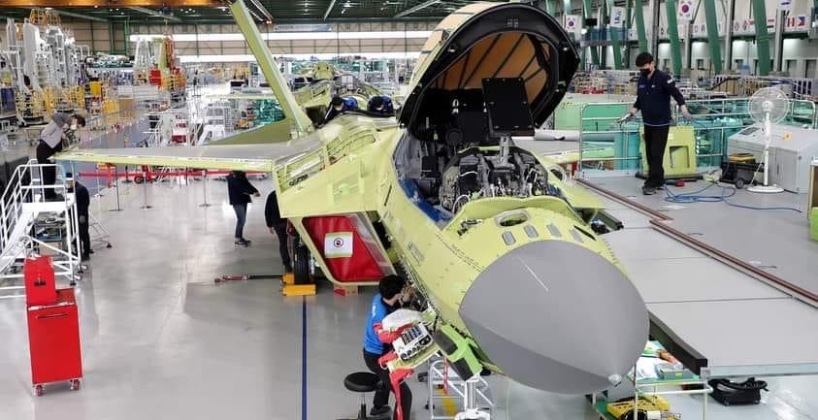 North Korea by contrast has been forced to concentrate on modernising its strike capabilities against enemy airbases, which it has done with very considerable success, as well as developing more capable mobile ground based air defence defence systems to asymmetrically counter enemy air power. The most recent addition to its arsenal was a yet unnamed system unveiled in October 2020, which closely resembles the Russian S-400 system and boasts a twin rudder control and a double impulse flight engine for its missiles. This was a successor to the KN-06 (Pyongae-5) system which became operational in 2017 and was widely compared to the Russian S-300. Although North Korea’s economy recovered significantly in the 2010s after contracting sharply from crisis in the 1990s, it will require a loosening of Western drafted sanctions resolutions imposed through the United Nations as well as broader Western economic warfare efforts to allow it to significantly expand defence spending. While ongoing shifts in the global economy could well lead to this materialising, with Russia in particular becoming a key emerging trading partner after it was also placed under heavier Western sanctions from February 2022, for the foreseeable future North Korea is nevertheless expected to rely more on indigenous asymmetric assets such as the Pyongae-5 and various ballistic missiles to counter enemy air power due to the limited opportunities for modernisation of its fighter fleet.