President and CEO of the Swedish aerospace and defence firm SAAB AB Micael Johansson had informed reporters of his “extreme frustration” at the years long lack of export successes for the Gripen fighter jet. He told several defence media outlets at the firm’s Stockholm headquarters on August 26 that the fighter was not meeting export expectations, blaming political factors and emphasising that the aircraft’s performance attributes were not to blame. The Gripen represents a very light fighter in a class below standard lightweights such as the American F-16 or French Rafale, and comparable to the Indian Tejas and Sino-Pakistani F-16. The aircraft uses the same American F404 engine as the Tejas, a powerplant originally designed for the U.S. Navy’s F-18 Hornet fighter, while the JF-17 uses a derivative of the RD-33 engine built for the Hornet’s Soviet rival the MiG-29.

The Gripen and its foreign counterparts have poorer flight performances than heavier designs, are restricted to carrying smaller radars, and are unable to carry large weapons payloads, but benefit from being cheaper, easier to maintain and straightforward to keep at high availability rates. Their most notable advantage is their very low operational and therefore lifetime costs, leading the Gripen to be dubbed the most cost effective Western fighter with under a third the lifetime costs of an American F-35. Low operational costs have been particularly key to keeping the Gripen E/F program affordable to compensate for the significant overruns in production costs. 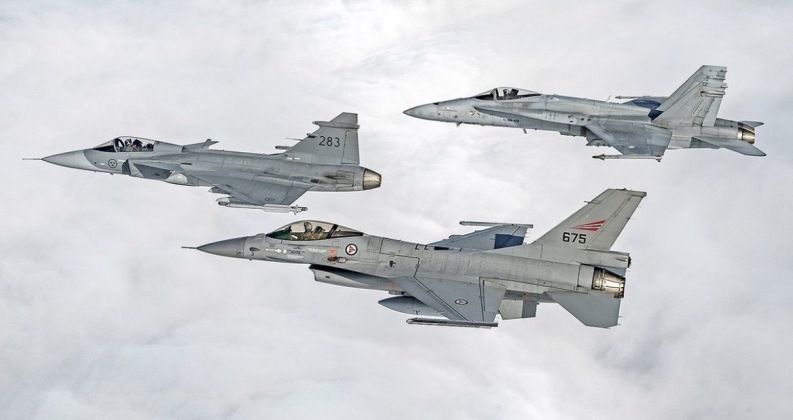 Older variants of the Gripen were exported to the Czech Republic, South Africa and Thailand and leased to Hungary, although none of these countries are expected to be clients for the latest Gripen E/F variant which integrates a much improved F414 engine and belatedly introduces a phased array radar. Although the first phased array radars for air to air combat were used by Soviet fighter/interceptors from 1981, with the U.S., Japan, China and France adopting them from the 2000s, the Gripen only began to receive such sensors from 2019. These sensors had to be acquired from abroad, where older mechanically scanned array radars had been built in Sweden itself. The Gripen and Eurofighter were the last major fighter programs in the world to move away from mechanically scanned array radars, long since considered obsolete when they ended production, which was thought to be a major factor undermining their export appeals. Notable Gripen losses bidding against the F-35 alone were made in Denmark, Canada, Finland, Switzerland, Poland, Norway and the Netherlands, with the fighter failing to win a single contract when competing against the American aircraft. 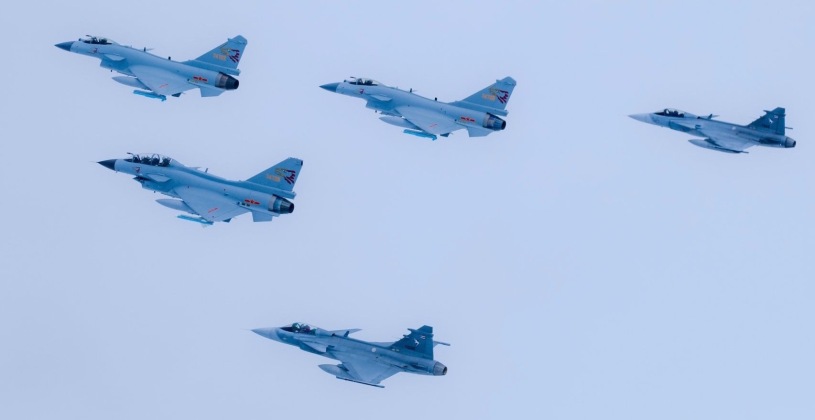 The new Gripen E/F/ has overwhelmingly superior situational awareness and electronic warfare capabilities to its predecessors, with its avionics often compared to those of the F-35 in terms of sophistication. Nevertheless the fighter class has seen no sales in close to eight years since a $5.44 billion contract for 36 fighters was signed in 2014 to equip the Brazilian Air Force. The fighters would belatedly provide Brazil with a beyond visual range air to air capability and replace its F-5 fighters in service – a design which had first served in 1961. Brazil’s choice of the Gripen was consistent with its longstanding emphasis on acquiring aircraft with very low operational and lifetime costs reflecting the perceived low threat of a major air war in the region. Competition from Sino-Pakistani and Indian designs has recently grown as South Korea introduced the FA-50 fighter, an adaptation of the T-50 trainer, which in July saw a contract for 48 aircraft signed with Poland. The Korean design’s perceived greater cost effectiveness, and the far larger scale of production allowing for much faster deliveries, was a key factor in its favour over the Swedish jet which has consistently been delivered notoriously slowly.