At the Army 2022 international military-technical forum CEO of the United Aircraft Corporation Yury Slyusar has elaborated on the possible development of a navalised variant of the Su-57 next generation fighter for carrier operations. The Su-57 entered service in the Russian Air Force in 2020, over five years behind schedule, and is one of just fourth fifth generation fighters in production worldwide alongside the American F-35 and the Chinese J-20 and FC-31. Less than half a squadron’s worth are currently in service, although the fleet is expected to reach 76 fighters by the end of 2027. Slyusar stated regarding the development of a new variant:  “Russia’s Maritime Doctrine stipulates building advanced aircraft carriers. From our viewpoint, the most promising area involves building a carrier group based on the fifth-generation fighter and also using drones. The groundwork laid under the Su-57 program makes it possible to solve the tasks of the Russian Navy’s naval aviation within the shortest time possible.” 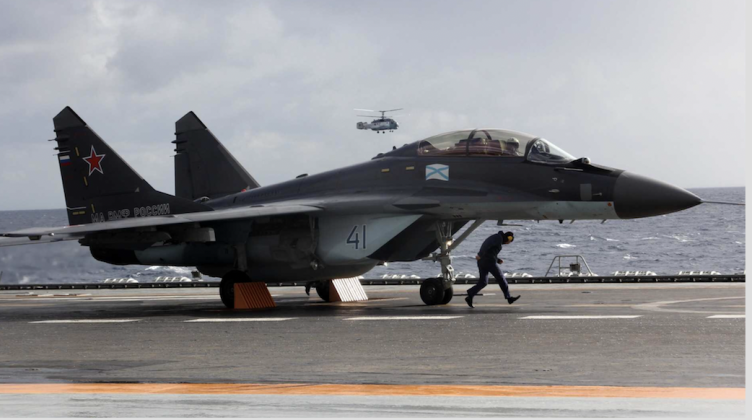 The possibility of a carrier based Su-57 was previously raised in 2018, with the United Aircraft Corporation announcing in March that year that it was ready to being development while chief designer Sergey Korotkov emphasised that the design would need to be created in conjunction with the development of its aircraft carrier. “If we work only on the aerial components and do not work on the ship components, then things won’t match up. A whole host of problems involving takeoff, landing, operation, electromagnetic compatibility and so on – it must be done together,” he stated. In regards to the benefits of an EMALS launch system, particularly compared to the ski jump system used by Russia’s existing carrier Admiral Kuznetsov, Korotkov warned that “if a new carrier is being built, it must have modern features, such as electromagnetic catapults,” which would allow fighters to take off with much more ordinance and fuel. Although two assault carriers are currently being built for the Russian Navy in Crimea, these will not be able to accommodate any aircraft without vertical landing capabilities which effectively excludes the Su-57. The possibility, however, that either the Admiral Kuznetsov or a successor, should it ever materialise, will deploy a navalised Su-57, cannot be ruled out. 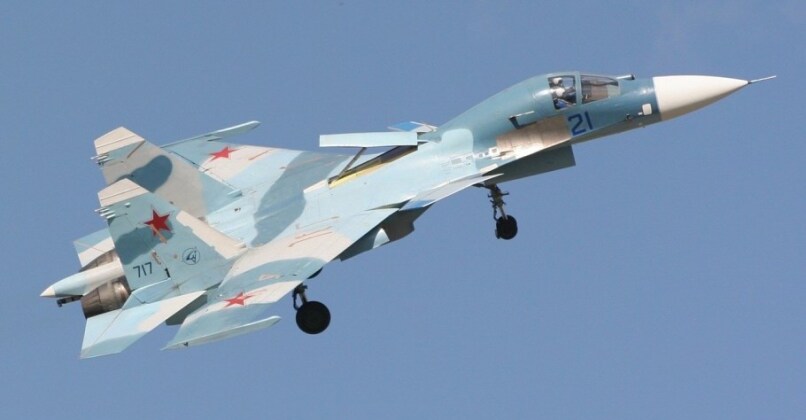 The Russian Defence Ministry has refrained from investment in a replacement for the Admiral Kuznetsov, leading to speculation that the assault carriers may alone replace it. Advanced carrier based fighter designs, most notably the Su-27KUB, have been developed in the past but failed to enter serial production due to a lack of funding, with carrier aviation consistently being a low priority for the country’s limited defence budget. Developing a carrier based Su-57 variant may nevertheless prove beneficial for export purposes, particularly for the Indian Navy which is the only major operator of carrier based fighters outside NATO which is unable to produce its own fighter classes. India’s navy currently operates the MiG-29K as its main carrier based fighter, the development of which was largely financed by Indian orders which allowed the Russian Navy to then more cheaply order units for its own use.

Whether a navalised Su-57 program can succeed may well also depend on whether it can gain Indian orders. Although the Indian Defence Ministry has continued to show an interest in conventional ground based variants of the Su-57, slow progress with the program means exports may only begin close to 2030. The Russian Air Force’s sole understrength squadron has undertaken multiple combat missions in Ukraine using precision guided standoff weapons including air defence suppression missions, with its combat performance potentially helping to determine how interested both the Russian Navy and foreign clients will be. The Su-57’s very high endurance, powerful sensors and advanced armaments are among the features which have led it to be seen as potentially being very well suited to carrier operations.