The Chinese People’s Liberation Army (PLA) has deployed the world’s first ground launched hypersonic glide vehicle designed for anti ship missions, with a new variant of the DF-17 described in state media reports as an “aircraft carrier killer.” The revelation comes as the United States Navy has reportedly moved its carrier groups closer to Chinese territory anticipating a visit from House Speaker Nancy Pelosi to Taipei, which Beijing has warned it will mount a strong response to should it proceed. Although Taiwan is recognised by all UN member states including the United States as part of China, its separate government from the mainland as a result of the Chinese civil war has resulted in its emergence as a central focus of Sino-U.S. confrontation. The PLA has long deployed a wide range of anti ship ballistic missile classes, which were recently joined by the CH-AS-X-13 air launched ballistic missile. 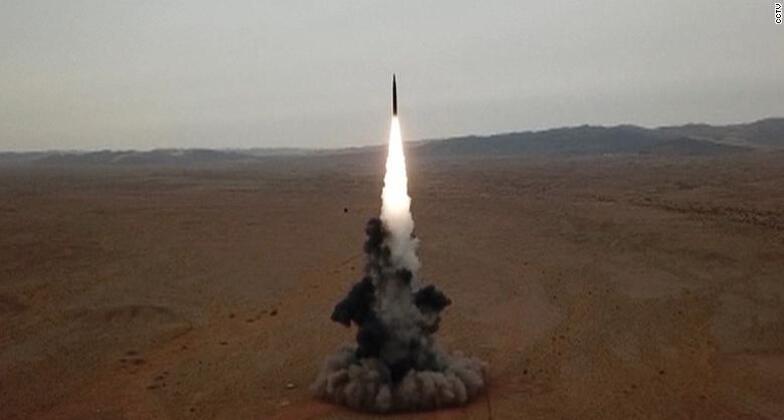 The DF-17 tactical ballistic missile carrying a hypersonic glide vehicle was unveiled in 2019, and was previously an entirely unique kind of asset with only North Korea having since operationalised a similar kind of missile. China, Russia and North Korea are currently the only militaries in the world with operational hypersonic glide vehicles, although the United States has invested heavily in developing a similar capability. Hypersonic glide vehicles are prized for their long ranges, high manoeuvrability, and extreme speeds which make them effectively impossible to intercept reliably. An anti ship variant of the DF-17, or else an anti shipping capability for existing variants, provides a new level to China’s maritime anti access aerial denial capabilities alongside the longer ranged DF-21D and DF-26 ‘carrier killer’ ballistic missiles. The PLA Navy also tested a hypersonic anti ship ballistic missile from a Type 055 destroyer in April, indicating that the surface and submarine fleets could in future deploy similar capabilities. This has the potential to further undermine the viability of the primarily subsonic anti ship missile arsenals deployed by Western navies.