Despite ongoing advances in Ukraine, American intelligence has reported that the Russian Military is seeking to strengthen its position in the ongoing war with the acquisition of drones from the Islamic Republic of Iran. Although Iran neglected to vote against condemning Russian military action in Ukraine at the United Nations, the two have a history of close military cooperation from the mid-2010s as their forces were closely integrated together with those of Syria for joint counterinsurgency operations in the country. While China has strictly refrained from arms sales to either side of the Russian-Ukrainian War, Iran alongside North Korea remains the only country with a sizeable defence sector outside the Western sphere of influence that is capable of meaningfully contributing to the Russian war effort with arms supplies. Although Iran’s defence sector is far from state of the art overall compared to that of Russia itself, unmanned aircraft remain a leading Iranian strength and an area which has been largely neglected in the Russian Military. Iranian drones have been extensively combat tested in Syria and Iraq, flying thousands of missions primarily using more conservative non-stealth designs such as the Shahed 129 – an analogue to the American Predator and Chinese Wing Loong II. Russia’s reliance on very large and costly fighters, with light or even medium weight jets capable of launching precision strikes being few and far between, means access to low cost drones with advanced capabilities could serve as a force multiplier for its air campaign. 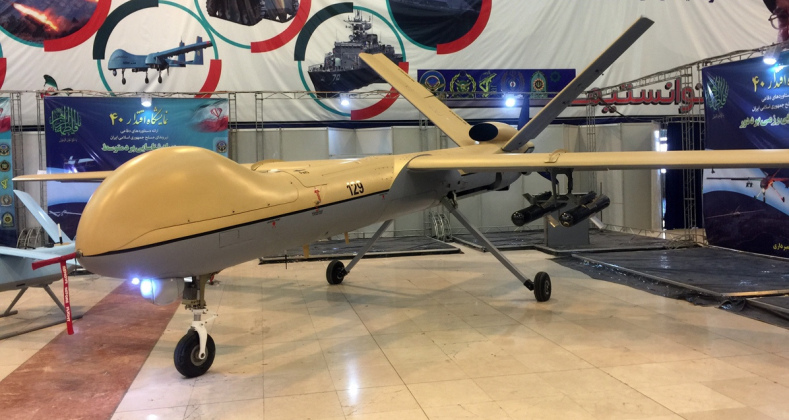 Iran has more experience deploying high performance stealth drones in combat than any other country, with these representing an asset which only the United States and China have equivalents to, and should these aircraft and accompanying training and experience be transferred to Russia the result could be particularly game changing for the Ukrainian theatre. The complexity of the aircraft means it cannot be ruled out that Iranian personnel may participate in operations, much as Russia itself during the Soviet era deployed personnel across the world to man complex military hardware for its third world allies ranging from Libya in the 1980s to China in the 1950s.

A series of major advances for Iranian drone development began in the early 2010s, after a successful Iranian electronic attack on a CIA-operated Lockheed Martin RQ-170 Sentinel stealth drone over its airspace in 2011 led to the aircraft being recovered in tact and used as the basis for a series of flying wing stealth drones. The RQ-170 may well have been the stealthiest military aircraft in the world at the time, although Iranian sources claimed their domestic derivatives surpassed the U.S. original. The Saegheh reconnaissance aircraft and the Shahed 171 attack aircraft were earlier flying wing designs based on the RQ-170, with the former proving extremely survivable in some of the densest air defence environments on the planet when one penetrated Israeli airspace in February 2018. The aircraft evaded multiple attempts by Israel’s U.S.-made Patriot missile batteries to neutralise it, and had to be brought down by gunfire at close range where its stealth capabilities did not provide protection. Former head of Mossad Danny Yatom stated regarding the incident: “It was a sophisticated operation. The UAV was almost an exact replica of the U.S. drone that fell in their territory. If it had exploded somewhere in Israel, it may not have been possible to identify it as an Iranian manufactured drone.” 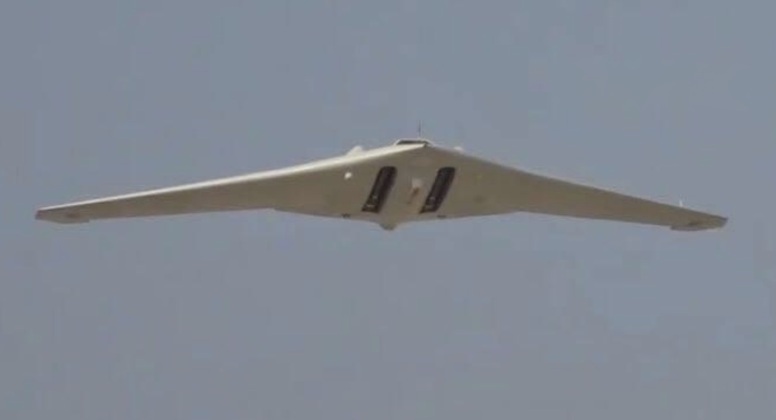 Since the lifting of the UN arms embargo on Iran in October 2020, the export of all manner of conventional weapons by the country has been entirely legal although the loss of prestige Russia’s defence sector could suffer from its military’s purchases of Iranian hardware may have provided some cause for hesitation by Moscow. The possibility of Iranian technology transfers to support Russia’s development of drones, potentially resembling that between Israel and Russia following a 2009 drone license production contract, also remains significantly. Russia could also potentially offset the costs of the new assets by providing military hardware to Iran, with the Islamic Republic’s conventional forces being decades past obsolescence in a wide range of areas from manned combat aviation to armoured warfare. S-400 air defence systems, Su-30SM or Su-35 fighters, and Bastion coastal defence systems are among the assets that Iran has long been reported to have an interest in. Iran’s newer stealth drones most notably the Shahed 181 and Shahed 191 strike platforms could prove particularly problematic for Ukrainian defences, which are considerably less dense or sophisticated than those over Israel. Iran remains the only country known to have combat tested such flying wing stealth drones, and access to its knowhow and technologies could potentially significantly alter the course of the war in Ukraine while also bolstering Russia’s position against other adversaries. The transfer could also significantly contribute to the prestige of Iran’s drone programs and increase foreign interest in making acquisitions.