A June study by the U.S. Congressional Research Service prepared for the members and committees of the United States Congress has suggested the possibility of offering more advanced classes of fighter aircraft to the Egyptian Defence Ministry should Cairo pledge to refrain from acquiring Russian fighters. Citing specifically Egyptian orders for Russian Su-35S heavyweight fighters, which were placed in late 2018 and have seen close to two dozen airframes already built, the report claimed that Cairo had previously shown an interest in the F-35 stealth fighter, and that there could be value in “seeking an Egyptian pledge to cancel procurement of Russian aircraft in exchange for being able to buy American ones.” While a sale of fifth generation F-35s may be controversial for a number of reasons, offering modernised variants of the F-15 Eagle, a fighter class Egypt had sought to acquire in the late 1970s which is the oldest in the world still in production today, represents another possibility. Issues selling Egypt F-35s are manifold, with neighbouring Turkey having been evicted for the program while the United Arab Emirates was denied access due largely on the basis its decision to use Huawei infrastructure in its telecommunications network. This leaves Israel as the only operator in the Middle East. While many major Huawei 5G infrastructure users, most recently Germany, have been granted permission to purchase F-35s, with Egypt unlikely to abandon its own telecoms modernisation plans selling it the aircraft for no more concessions beyond abandoning the Su-35 would raise controversy. The Egyptian Air Force currently operates close to 200 F-16 Fighting Falcons, the F-35’s direct predecessors from the fourth generation, although those in the Egyptian fleet have widely been dubbed the ‘world’s worst F-16s’ due to their heavily downgraded avionics and lack of any viable beyond visual range weaponry. Should Egypt be approved to purchase F-35s or F-15s, they would very likely be similarly downgraded leaving Egypt’s defences in a position little better than they are today. This was widely considered to be a reason why Egypt’s neighbour and longstanding military rival Israel was reportedly pressing Washington to agree to sell F-15s to the Egyptian Defence Ministry, thereby ensuring that there would be no potential challenges on to Israeli air superiority on its western border as would be the case if Egypt received Su-35s. 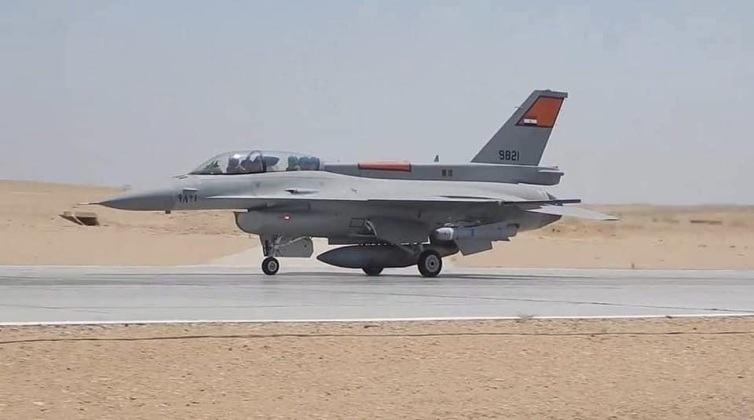 The fact that the U.S. strictly controls how its hardware is used, including the bases to which fighters can be deployed, is another major factor that could lead Cairo to favour Russian fighters, as is America’s prior practice of cutting of spare parts to multiple allies in the Muslim world, from Pakistan and Indonesia to Egypt itself in 2013. The lack of independence of F-35 operators, as demonstrated by their use to spy on their operators reported Norwegian military sources, could be another major factor. Egypt’s three squadrons of Russian sourced fighters, MiG-29M medium weight jets ordered in 2015, are currently its only ones equipped with relatively capable air to air and anti ship missiles. American restrictions make Russian fighters attractive, which the MiG-29M’s unique status in the Egyptian fleet demonstrates, but Western political pressure and threats of economic sanctions from Washington simultaneously deter acquisitions from Russia. The future of Egypt’s fleet modernisation plans thus remains highly uncertain.