The U.S. Department of Defence announced on June 30 that a new test of a hypersonic missile in Hawaii ended in failure, marking the latest of multiple setbacks to such development efforts. “The Department remains confident that it is on track to field offensive and defensive hypersonic capabilities on target dates beginning in the early 2020s,” according to an official Pentagon statement, highlighting that issues occurred after the missile had ignited and that data could not be collected on the entire planned flight profile. The failure marked the second for an unsuccessful test flight in the Conventional Prompt Strike missile program, which is a strategic weapon expected to equip Zumwalt Class destroyers and Virginia Class submarines. The missile is expected to also be developed into a land based. Hypersonic weapons have been in service for close to five years, with Russia beginning to field them in 2017 followed by China two years later and North Korea from 2021. A report by the U.S. Congressional Research Service focusing on hypersonic weapons development highlighted in July 2021 a highly concerning state of affairs as the country continued to lag years behind. Russia made the first use of its hypersonic assets in combat in March 2022 when it demonstrated the ability of its Kh-47M2 ballistic missiles, which boast 2000km ranges and Mach 10 speeds, to strike targets in Ukraine. Hypersonic weapons are particularly prized for their ability to evade interception more effectively than supersonic or subsonic missiles, have longer ranges due to their flight profiles, and impact targets with more kinetic energy which is particularly useful for anti-shipping roles. 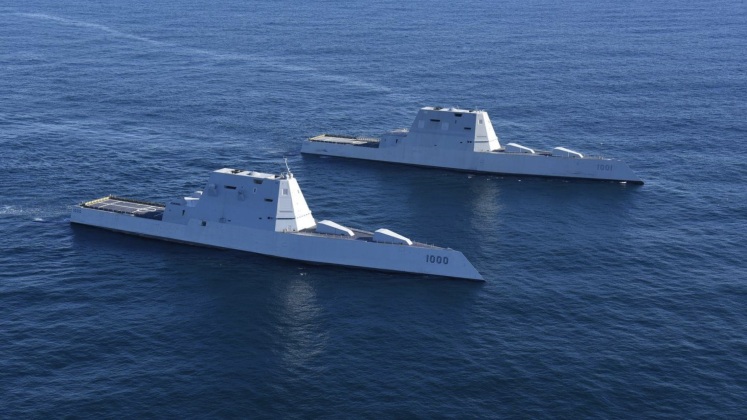 The idea of integrating the Conventional Prompt Global Strike hypersonic missile onto the U.S. Navy’s three Zumwalt Class destroyers gained considerable traction in 2020, particularly on the House Armed Services Committee’s Strategic Forces Subcommittee, with the troubled $7.5 billion warships having seen over 90 percent of their production run cut and their primary weapons cancelled leaving their futures uncertain. The missile is intended to have the range of a nuclear ICBM, but strike with a conventional warhead allowing it to be used against non-nuclear adversaries and to neutralise targets without the political ramifications of escalation to nuclear war. Given the Zumwalt’s significant performance issues, allocating it a less taxing role of firing intercontinental range missiles from very safe distances was seen as the best way to capitalise on its stealth capabilities and large weapons capacity without placing the ships in the firing line and exposing them to attacks.