A Ukrainian Air Force MiG-29 was reported to have been shot down in air to air combat on June 26, with the Russian Defense Ministry confirming that day that an air battle occurred over Ukrainian skies near the city of Zelenodolsk in the Dnepropetrovsk Region during which a MiG was brought down. These repots come as Ukraine continues to receive considerable assistance from NATO member states to keep its MiG-29s operating, including spare parts and a range of air launched weapons. The Ukrainian Air Force is estimated to have inherited approximately 200 MiG-29 fighters when the Soviet Union collapsed, although its fleet was only maintained at around 35 aircraft in the 2010s with low training hours and availability rates hampering effectiveness. Heavy losses among frontline units both in the air and from strikes on their airfields has led to efforts to bring more into service, however, since the outbreak of war with Russia on February 24.

Unlike the country’s more capable heavyweight Su-27 fighters, which reportedly took heavy losses to Russian Air Force Su-35s in the war’s early weeks, Ukraine’s MiG-29s are much better suited to operating with little maintenance and from short makeshift runways. having joined the Soviet Air Force from 1982, they were designed to be deployed to the European frontlines against NATO by Soviet and Warsaw Pact forces in the Cold War. The aircraft’s endurance, sensors and air to air capabilities are nevertheless far inferior to the Su-27, with the technological gap between the Soviet-built jets and frontline Russian fighters being well over two decades. 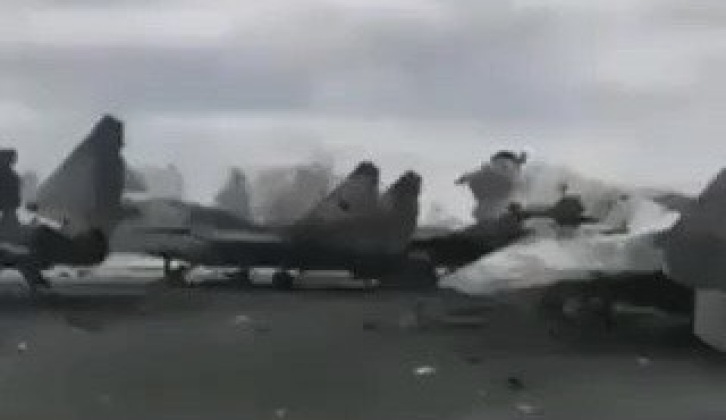 Although its flight performance is still among the world’s foremost for an aircraft of its size, the age of the MiG-29’s sensors, avionics and weaponry are thought to prevent it from posing a credible threat to Russian fighters in the air. While it remains uncertain which Russian fighter was responsible for the kill, the very limited numbers in which the Su-57 fifth generation fighter has been deployed and the cation with which it has been operated means it was almost certainly a fourth generation fighter. The Su-35 remains most likely to have taken part in air to air engagements, and has played a major role in operations deploying from airfields in both Russia and Belarus. The Su-35’s use of three phased array radars, two of them AESA radars, and the Khibiny-M electronic warfare suite, between them would be expected neuter the 1980s fighter’s beyond visual range capabilities allowing them to be neutralised at range by R-77 active radar guided missiles. The circumstances of air to air engagements and how Russia has gained air to air victories over Ukrainian skies, which preceding the war have been few and far between in the country’s history, are likely to only be elaborated years in the future with much at present being left to speculation.