U.S. Air Force plans to begin retirement of F-22 Raptor fifth generation fighters from service in 2023 have been met with strong opposition from both the House and Senate Armed Services Committees, which have pressed to not only keep the small fleet at full strength but also to invest heavily in upgrades. The 2023 National Defense Authorisation bill released on June 20 outlined that it would “require the Secretary of the Air Force to maintain a minimum quantity of F-22 aircraft with common air superiority mission employment capabilities to meet Department of Defense combat air forces training, testing, and operational steady-state and major contingency requirements in support of geographical combatant commanders’ planning and operations.” The F-22’s status as the only Western air superiority fighter less than half a century old, with its predecessors the F-14 and F-15 having first flown in 1970 and 1972, as well as its position as one of just three fifth generation fighters fielded at squadron level strength worldwide alongside its cheaper single engine counterpart the F-35 and its Chinese rival the J-20, has made plans for its early retirement controversial. 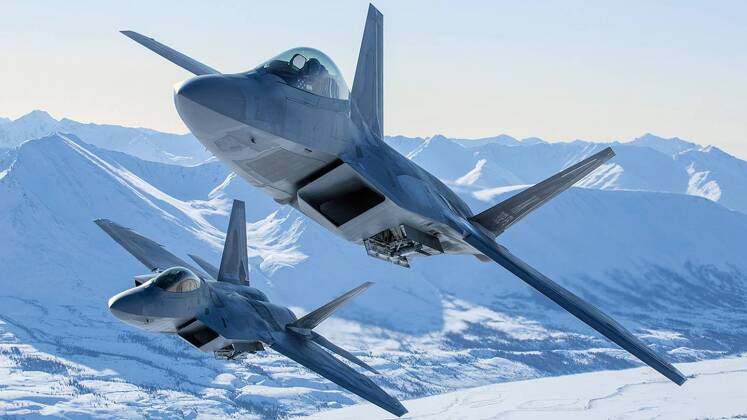 The U.S. Air Force Chief of Staff General Charles Brown Jr. announced on May 12, 2021, that the future fleet would be built around the cheap and light F-16, the new and heavy F-15EX which is a modernised variant of the Cold War era F-15 Eagle, the stealthy F-35, and the upcoming Next Generation Air Dominance Fighter designed to have sixth generation capabilities. Assistant Budget Secretary Major General James Peccia subsequently highlighted in March 2022 that the F-22’s extreme maintenance costs, as well as the very high costs of upgrading the airframes, made it favourable to begin retiring Raptors in 2023. 18 percent of the fleet was to be retired that year, with the remaining airframes to be phased out entirely by the early-mid 2030s. The F-22s were set to be retired while the Air Force increased funding to purchase new F-15s, which was seen to signify the F-22 program’s failure to develop a viable successor to the Eagle which has seen a post-service entry production run well over ten times as long. 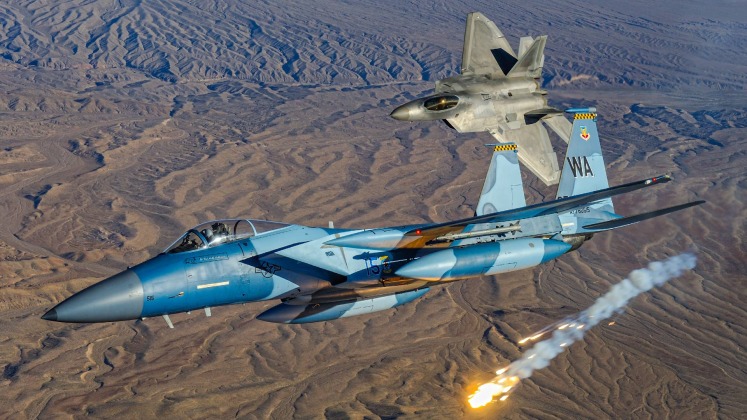 Orders to terminate production were given less than four years after the fighter entered service, although even this small fleet is set to see retirement after fulfilling just a fraction of its service life. The primary issue with the F-22 has not been its acquisition cost, but rather its high operational costs and maintenance needs, very low availability rates and considerable difficulty incorporating upgrades. The last of these issues has resulted in avionics which are largely out of date today, particularly compared to the F-35 and J-20 which integrate helmet mounted sights, state of the art data links and distributed aperture systems, although even modern fourth generation fighters including the F-15EX have avionics well over a decade ahead of those of the Raptor. The fighter’s very short range for an aircraft of its size, far lower than the F-15 and close to 50 percent lower than of competing foreign heavyweight designs, has also made its viability for operations in the highly contested Pacific theatre highly questionable.

It remains uncertain to what extent moves to begin retirement of the F-22 will face opposition from Capitol Hill, and whether this will primarily affect only plans for 2023 or will also impede longer term plans to phase the aircraft out entirely over the next decade or so. While civilian overseers have often been criticised for overlooking issues such as high operational costs, the fact remains that with the F-22 on the way out and the non-stealth F-15 increasingly seen as out of date this would risk leaving the U.S. Air Force in a dangerous position should sixth generation fighter development run into unexpected delays. Officials have warned that not only could China field a sixth generation air superiority fighter before the United States, but that its fifth generation air superiority fighter the J-20 has fast improved and seen its scale of production increased significantly since the first units were delivered to the Air Force in 2016.