The F-15 Eagle is currently the only heavyweight fighter in production anywhere in the Western world, and having been designed in the late 1960s to provide a leading edge air superiority capability it first flew in 1972 and joined the U.S. Air Force three years later. The fighter is the oldest still in production anywhere in the world, with its planned successor the F-22 Raptor having failed to replace it in production due to a number of shortcomings particularly pertaining to its maintenance requirements. Orders to end F-22 production were given less than four years after it entered service. This has extended the F-15s production run to over half a century, making it the oldest fighter in the world still being manufactured, with the latest variant the F-15EX considered by a number of analysts to be the most capable among Western aircraft in terms of air to air performance. While the F-15 has seen combat in the Middle East and Eastern Europe in U.S., Israeli and Saudi Arabian hands, with multiple reports having been made of successful shootdowns of the Eagle by enemy aircraft, these have consistently been denied with only losses to surface to air missile systems confirmed. What is less well known, however, is that in its final engagement with enemy heavyweight combat jets which took place in January 1991 the Eagle was defeated in a two-on-two engagement with Soviet-built aircraft. The F-15 saw the large majority of its air to air engagements take place against much lighter aircraft technologically one to two generations behind it, namely MiG-21, MiG-23 and Su-22 jets operated by the air forces of Syria and Iraq. Its only engagements with fourth generation fighters, the generation of the Eagle itself, were against MiG-29s operated by Iraq and Serbia, and while Serbian sources have claimed one or more MiG victories in air to air combat against F-15s these were never acknowledged. The MiG-29s in question were considerably lighter and cheaper than the Eagle, and were export variants not equipped with the latest sensors or with any helmet mounted sights or R-73 high off boresight missiles. Testing after the Cold War’s end indicated these capabilities, integrated onto Soviet and East German MiG-29s, would have otherwise seriously challenged the F-15 particular at closer ranges where the Eagle had no similar high off boresight engagement capabilities. Aside from the MiG-29, the greatest challenge to the F-15 in air to air combat and the only heavyweight aircraft to have engaged the Eagle is the MiG-25 Foxbat third generation interceptor. With the Soviet Union never having exported its top combat jets the Su-27 and MiG-31 fourth generation platforms during the Cold War, the MiG-25 was a third rate design but one which still proved highly capable of challenging the Eagles in combat. During the 1991 Gulf War the Iraqi Air Force’s single MiG-25 interceptor unit caused more trouble for the U.S. Military than all its remaining fleet of over 500 combat jets combined, with the first air to air engagement of the war seeing an Iraqi MiG-25PD Foxbat from the Air Force’s 96th Squadron to shoot down a U.S. Navy F-18 fighter, killing the pilot Lieutenant Commander Scott Speicher instantly. The MiG used a long range R-40 missile with a massive 100kg warhead, which had a longer engagement range than those carried by the F-18 or any U.S. Air Force fighter. Later that day two Iraqi MiG-25s engaged U.S. Air Force F-15s, and while the MiGs’ R-40 missiles failed to reach their targets, the F-15s retaliatory salvo of ten missiles were evaded by the Foxbats using their high speeds and altitudes. The F-15 had been developed specifically with combat against MiG-25s in mind and its development was largely influenced by the MiG-25’s design. The Foxbat was much heavier, required longer runways and more fuel, but could carry much larger weapons and fly much higher and faster, while the Eagle could manoeuvre much better at all speeds and, although it varied depending on the variant, generally had more advanced avionics. 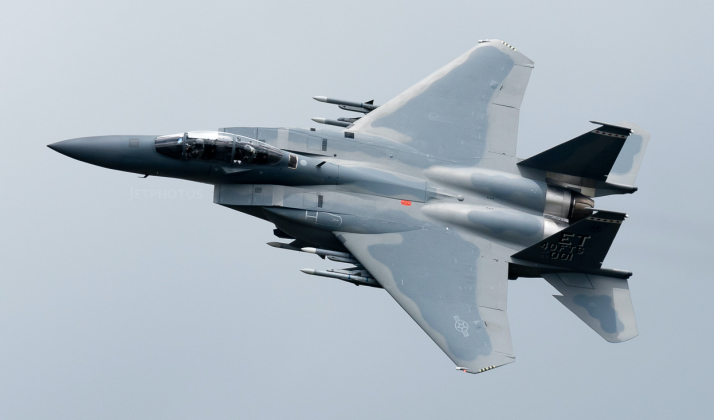 The F-15’s final engagement with the MiG-25, and with any heavyweight aircraft to date, occurred on January 30 after much of the Iraqi fleet had been evacuated to Iran leaving the few remaining airfields prioritised for use by Foxbats. MiG-25s were deployed to break the ‘wall’ of F-15s the U.S. Air Force had created to restrict Iraqi air activities, with two of the ambushing two F-15s the locations of which were reportedly ascertained by Iraqi intelligence after intercepting American communications. The MiGs were deployed from separate airbases, which allowed them to engage from different sides, and their initial salvo of R-40 missies struck and seriously damaged an F-15. American sources claimed the fighter returned to base after sustaining damage, while official Iraqi sources claimed the kill was at first unconfirmed, but subsequently confirmed after sources reportedly located the destroyed Eagle on the ground. While denying this Iraqi claim did much to help maintain the mythos of the F-15 as a fighter never shot down in air to air combat, the engagement of January 30 1991 showed that the fighter was far from unbeaten.

The F-15’s defeat was significant since it was the U.S. Air Force’s top fighter by a considerable margin, while the MiG-25 was the third most capable in Soviet service and a generation behind. Furthermore, the MiG-25 was a downgraded export variant for the non communist third world operated by pilots considered less well trained than their American counterparts. The F-15s also benefitted in around 95 percent of their air to air engagements from support from E-3 airborne early warning aircraft, where Iraqi units had no similar assets. With wide ranging assessments made after the Cold War’s end by sources with access to both the F-15 and its fourth generation Soviet rival the Su-27 consistently concluding that the Soviet jet was considerably more capable in the air to air domain, the fact that the F-15 struggled and in its final engagement was defeated by the Soviets’ sole third generation heavyweight and the Su-27’s direct predecessor strongly aligned with these assessments. The U.S. Air Force nevertheless continues to rely very heavily on the F-15 with over 100 more airframes expected to be delivered before production ends, although a successor more viable than the F-22 is currently under development under the Next Generation Air Dominance Fighter program.