On June 5 it was announced that Russian air defences had intercepted two Ukrainian Tochka-U ballistic missiles near the Nikolayevsk Region, with Defence Ministry Spokesman Major General Igor Konashenkov stating: “Two Tocka-U ballistic missiles were intercepted in the air over the Novogeorgiyevka community of the Nikolayevsk Region, while three projectiles, launched with the use of Uragan multiple launch rocket systems [MLRS], were eliminated over the community areas of Sukhaya Kamenka, Dolgenkoye and Kamenka in the Kharkov Region.” This comes as the latest of multiple Ukrainian attempts to strike Russian territory since the outbreak of hostilities between the two countries on February 24, some of which have been successful particularly in the war’s early stages. The Ukrainian Military has had more success launching attacks against settlements on its own territory in the self proclaimed Donetsk and Lugansk People’s Republics, which declared independence from Kiev in 2014 and were recognised by Russia on February 21 and have since made significant personnel contributions to Russian operations in Ukraine.

Russian officials have repeatedly claimed that Ukraine intends to develop more capable means of striking Russian population centres, and that its offensives lunched in February were partially in response to intelligence that Kiev intended to acquire nuclear weapons to aim them at Russia. Ukraine has since the war’s outbreak moved to acquire more advanced rocket artillery systems as aid from Western countries, some of which have the potential to strike targets on Russian territory. 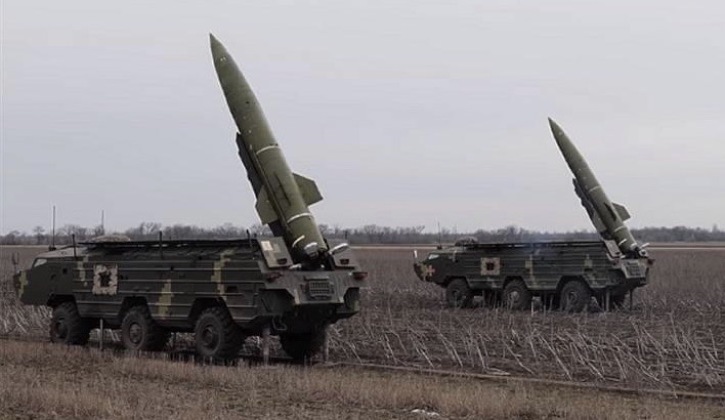 It remains uncertain which air defence systems were responsible for neutralising Ukrainian ballistic missile attacks, with the Russian Military deploying a range of ground based platforms capable of doing so as well as MiG-31 interceptors designed largely for a missile defence role. The Tochka-U was previously widely used in the Russian Army before being phased out of service in favour of the more capable Iskander system, but remains operational in a number of countries most notably Ukraine and Belarus. The system is suspected to have caused higher Russian and allied casualties than any other Ukrainian asset since the war’s asset despite its age and its very limited range of around 200km. Preceding the Russian-Ukrainian war, the system was previously used by the Syrian Arab Army in March 2021 against Turkish-backed Islamist militias to neutralise their oil extraction operations in the country’s northwestern regions bordering Turkey. A derivative of the system, the KN-02, was also developed in North Korea but is thought to have been phased out of production in favour of a range of modern tactical missiles some of which closely resemble the Russian Iskander.