Russian Strategic Missile Force Commander Colonel General Sergey Karakayev announced on June 5 that the a second regiment of intercontinental ballistic missiles integrating Avangard hypersonic glide vehicles was preparing to go on combat alert. “Today one full-complement regiment is on duty and the second regiment is preparing to go on combat alert. This is present-day reality. Incidentally, from the standpoint of the impact of the anti-ballistic missile defence on this weapon, there is no capability to counter it. They cannot even imagine how they can counter this weapon today,” he stated. The first unit equipped with Avangard glide vehicles entered service in December 2019 with the 13th Red Banner Rocket Division, and are compatible with a range of intercontinental range ballistic missile designs such as the R-36M2 and Topol M. The regiment reached full strength in 2021. 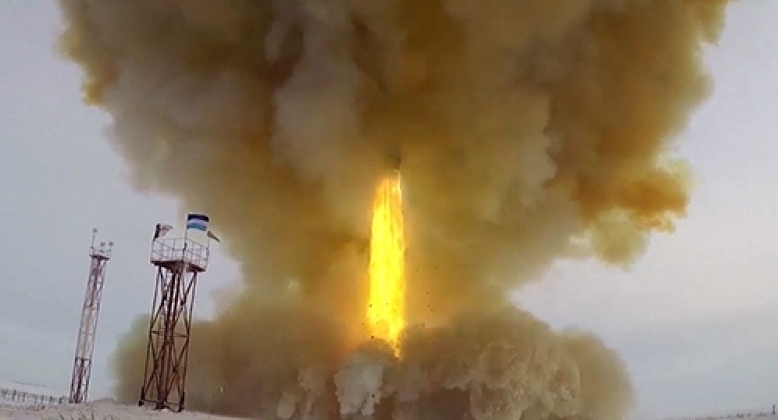 The Avangard was reportedly developed from the mid 2000s to respond to the growing sophistication of NATO missile defences and their growing deployments both at sea and in Eastern Europe, and no system capable of reliably intercepting them is expected to become operational for at least several decades. Development leveraged Soviet investments in strategic hypersonic weapons development which was abandoned as the Russian economy declined following the end of the Cold War, and restarted in the 2000s. The glide vehicle’s scramjet engine design enables it to deliver strikes at speeds exceeding Mach 27 while retaining high manoeuvrability in flight. The weapons system has frequently been referenced to since its unveiling in March 2018 as an example of Russian strength due to its unique striking power, and has been described by President Vladimir Putin as impacting targets “like a meteor, like a fireball.” Strategic weapons have played a particularly important role in Russia’s defence since the end of the Cold War due to the sharp decline of the country’s conventional forces, and remained central despite a gradual recovery of non-nuclear forces from the mid 2000s.