The increasingly prominent role played by artillery guns in ongoing hostilities in Ukraine has led to a growing acknowledgement particularly among Western militaries that such assets remain relevant on 21st century battlefields. The Western world and to a lesser extent Russia have placed a low emphasis on development of modern artillery since the end of the Cold War, leaving emerging high tech powers most notably China and South Korea to dominate the field with their own modern systems. Although Russia has moved to develop clean sheet designs for post-Cold War artillery systems, it has failed to finance their production in meaningful numbers leaving its ground forces in a similarly poor position to those of NATO countries. While renewed investment may well lead to new artillery systems entering service in the late 2020s or early 2030s in several countries, an assessment of the current self propelled howitzers which lead in the field and their capabilities provides a strong indication as to which countries have most successfully invested in advancing their capabilities in the area. 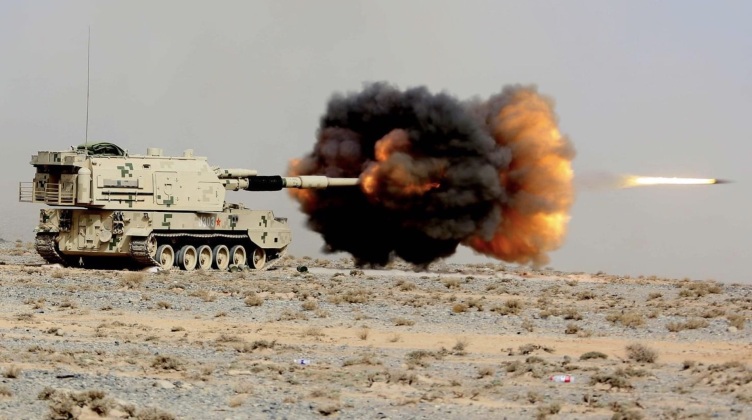 Entering production in 2003, the PLZ-05 was one of the first in a long line of Chinese weapons systems which would become world leaders. It remains today one of the newest designs in the world with few rivals having developed a clean sheet self propelled howitzer since the end of the Cold War. The system entered service in 2008, and uses a semi-automatic loading system that can fire busts of up to four rounds every fifteen seconds – with a sustained rate of fire of eight to ten rounds per minute. Fully automatic deployment allows for crew to remain inside the vehicle while operating it. The system is unrivalled in its engagement range with the ability to strike targets up to 100km away using the WS-35 munition, and has a highly sophisticated fire control system including day/night thermal imaging systems, a laser rangefinder and an independent thermal viewer for commanders. The system’s high cost means that even in China it is fielded in relatively small numbers with less than 500 thought to be in service. The PLZ-52 represents an updated variant of the PLZ-05 with a modified hull and new turret. First unveiled in 2015, and reportedly delivered to the Army the following year in small numbers, the 2S35 Koalitsiya-SV was designed to replace the Soviet 2S19 Msta and boasts very significant improvements in all areas of performance. The artillery system benefits from a much higher degree of precision than its predecessors due to advanced laser guidance systems, and has a 70km engagement range. High-explosive shrapnel shells, cluster shells, and armour piercing shells are all available, and the system is designed to maximise precision using targeting data from drones and other surveillance assets. The gun can reportedly fire up to up to 20 rounds per minute, although the rate of fire is significantly slower if over a sustained period. As the system only entered serial production in 2021, however, after entering trials in May the previous year, it is unlikely to be fielded in meaningful numbers by the Russian Army until at least the latter half of the 2020s. This mirrors similar delays to other key weapons systems including T-14 tanks and T-15 fighting vehicles. 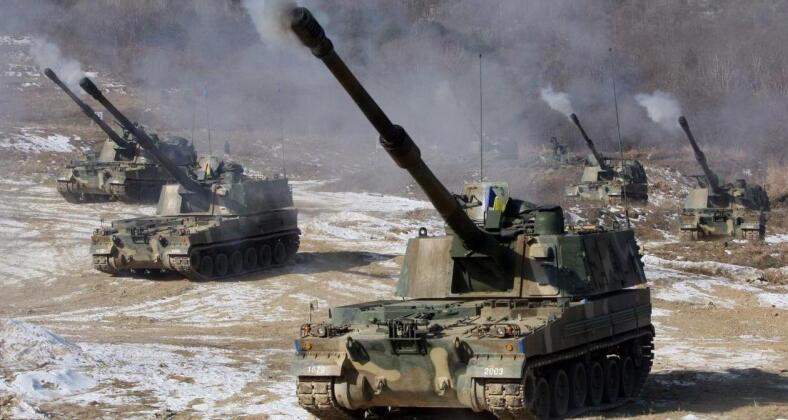 One of the most successful artillery systems in production anywhere in the world, the K9 Thunder has seen over 1800 units built and is currently operated by three countries, on order in two more, and seeing orders under discussion in several others. Among its most notable features are an automatic shell handling and ramming system, a rate of fire of six shells per minute, and the ability to fire on different trajectories in short succession. Entering service from 1999, the K9 was succeeded by the new and much improved K9A1 variant that joined the South Korean Army from 2018. New fire control and computer operating systems were the primary changes made, with improvements allowing the K9 to fire without running its main engine for reduced fuel consumption, reduced maintenance needs, and a higher degree of precision using both INS and GPS. New extended range ammunition also improved the K9’s engagement range to 54km. 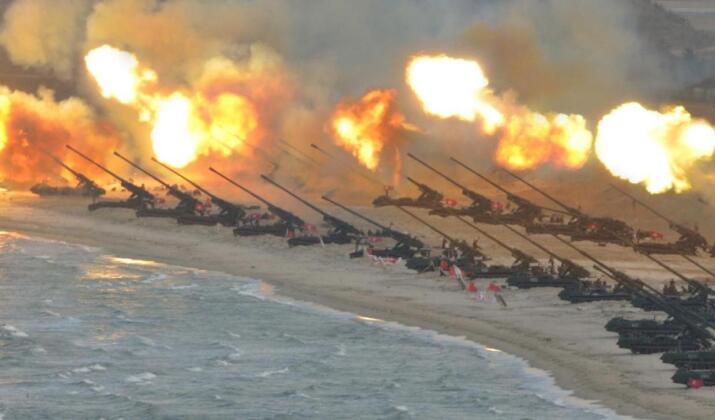 In production for several decades since the late 1970s, the Koksan was for years the longest ranged artillery system in the world with an engagement range estimated at 65km – and possibly much longer for newer variants. The 170mm system has lower mobility than lighter artillery pieces, and little is known about the kinds of munitions it can deploy or its rate of fire. Significant improvements to the design have become more visible over time, however, with newer generations appearing in military parades having very different designs to their 20th century predecessors. Having achieved a very long range using very basic Cold War era munitions, should the Koksan have integrated 21st century rocket propelled rounds it could easily have a range approaching 100km or more. Much uncertainty remains surrounding the Koksan, but North Korea’s strong emphasis on artillery and the central role of the Koksan in multiple exercises means it is likely to have received considerable investment to ensure that modern variants remain not only viable but able to provide an edge over foreign competitors. 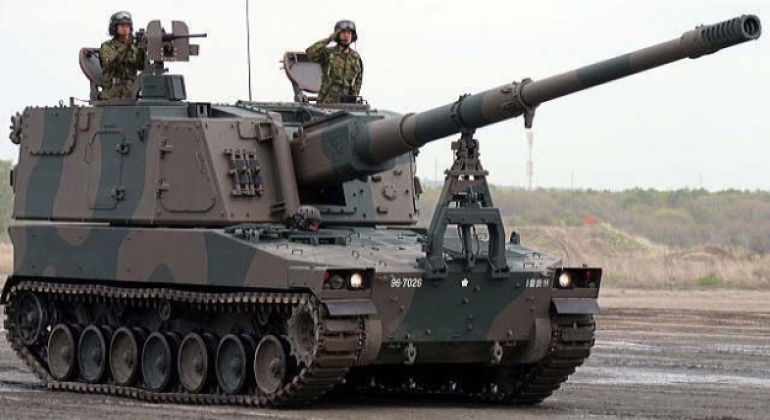 Entering service from 1999 the Type 99 (not to be confused with the Chinese Type 99 tank) is one of several Japanese cutting weapons systems to have been produced in very small numbers and been reserved exclusively for domestic use, with other notable examples including the Type 10 tank and F-2 fighter. Using the L52 155mm gun, the self propelled artillery system used a chassis designed by Mitsubishi Heavy Industries while the gun itself was built by Japan Steel Works. The system was by some estimates the most expensive ever built, and has a rate of fire of six rounds per minute. Only 117 were built, with those in service concentrated in the Japan Ground Self Defence Force’s Northern Army. Much as with the Type 10 tank, Japan’s terrain and the military’s resulting far greater focus on air and naval capabilities combined with an unwillingness for political reasons to move into export markets limited the potential of the Type 99. This contrasted sharply with neighbouring South Korea which placed a very heavy focus on using artillery in its own ground forces and on export sales, which allowed the K9 program to become a world leading product and gain significant funding for further performance improvements.