The Komsomolsk on Amur Aircraft Plant in the Russian Far East has delivered two new serially produced Su-57 fighters to the Russian Air Force, with the airframes numbered red 53 and 54. The aircraft have begun deliveries at an accelerating rate as the scale of production has increased, with deliveries expected to reach 14 per year by 2025. Two prior airframes were delivered in February, with two more expected to be delivered before January for a total of six in 2022. The Su-57 is one of just three post fourth generation fighters in production worldwide, alongside the Chinese J-20 and the American F-35, and while initially intended to enter service around 2015-2016 when its two rivals did delays to the program mean it is still at a far less advanced stage. The fighter is considered less stealthy than its Chinese and American competitors, but benefits from a number of advantages including access to longer ranged air to air and cruise missiles, use of sextuple radars rather than a single one, a much higher endurance, and greater manoeuvrability at all speeds. 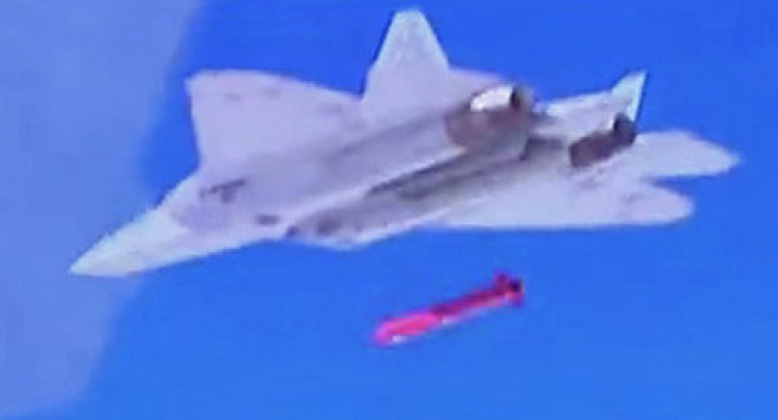 The Su-57 is the only next generation fighter to have seen combat using standoff weapons, and the only one to have engaged the forces of a state adversary. Pre production models previously deployed for combat testing and to support counterinsurgency efforts in Syria, and serial production models have since seen combat in Ukraine from March. Currently only a single understrength squadron in the Russian Air Force operates the Su-57, namely a test unit at the 929th State Flight Test Centre, but three full strength squadrons’ worth of fighters are expected to have been delivered by 2027 when the current State Armaments Plan ends. It remains uncertain whether the scale of production could subsequently be increased further, possibly to replace the Su-35 or Su-30SM in production, but this will likely depend on both the Air Force’s satisfaction with the design and on the level of export demand with most operators of the Su-27 and Su-30 seen as potential clients.