The Northrop Grumman B-21 Raider strategic bomber has seen plans for a first flight in 2022 terminated, with the reasons for the delay remaining unexplained. Supply chain issues, labor shortages and performance problems have all been speculated by various sources. An Air Force spokeswoman speaking to Air Force Magazine nevertheless reassured that production of the new aircraft “remains within its acquisition program baseline for cost, schedule, and performance established at Milestone B award, which was based on an independent government estimate for the program… B-21 program continues to ensure the first flight test aircraft is a high-quality build and production-representative, in order to drive an efficient flight test campaign and rapidly field this critical combat capability.” With prior post Cold War programs particularly for stealth aircraft and ships consistently facing years long delays, tremendous cost overruns and serious performance issues, notable examples being the F-35 and F-22 fighters, B-2 bomber, Littoral Combat Ship and Zumwalt Class destroyer, it has long been expected that the B-21 could face at least some similar issues with currently delays potentially being the first of multiple signs of this. 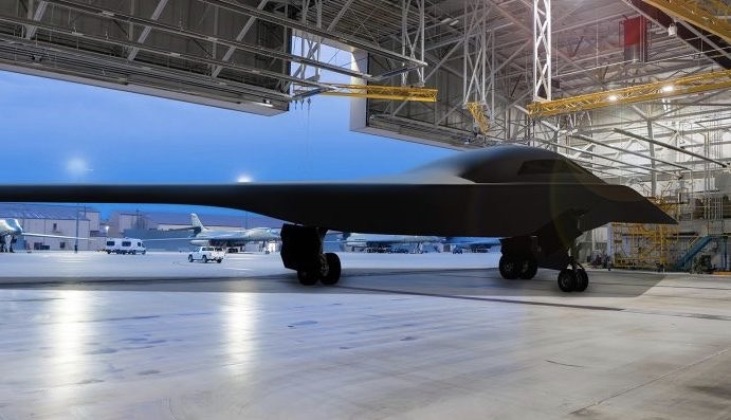 Aside from the B-2 Spirit which saw production capped at just 20 serial airframes due to deep budget cuts and wide ranging performance issues, the B-21 is the first new Western bomber to be developed since the 1970s which places a tremendous burden on the program. The aircraft is expected to replace all B-1 and B-2 bombers in service and form multiple additional squadrons, with the airframe speculated to also be used as the basis for various supporting aircraft such as tankers and airborne early warning jets. With the B-1 already having begun retirement in the face of very low availably rates, at times in the single digits, the need for a next generation bomber in the form of the B-21 remains critical. Although the rival Russian program the PAK DA has faced significant delays, the Chinese H-20 is expected to enter service at around the same time as the B-21 and possibly years before it and to be fielded in comparable numbers. The B-21 is expected to see well over 100 airframes built, with some sources speculating that over 200 could enter service, to not only modernise the fleet but also form multiple new squadrons partially reversing post Cold War cuts to bomber numbers. Whether the aircraft will be able to achieve its goals depends heavily on its ability to meet targets for operational costs and maintenance needs, which prior American stealth aircraft and stealth ships have very consistently failed to do forcing the Pentagon to make deep cuts to planned acquisitions.