Following the announcement that the Russian Navy aircraft carrier Admiral Kuznetsov was set to be imminently transferred to a newly expanded dry dock at the Sevmorput Naval Shipyard, multiple images emerged in the third week of May showing that this had materialised. The carrier had previously seen work suspended for three years, with growing speculation that it could be retired to reduce expenses and focus resources on the development of two lighter carriers currently being built in Crimea. The decision to move the Kuznetsov to a new dock for modernisation and restoration to active service may well have been long planned, but a number of factors including record high revenues for the Russian state from fossil fuel exports and growing tensions with NATO member states could potentially have increased the perceived importance of having a modernised carrier in operational service. 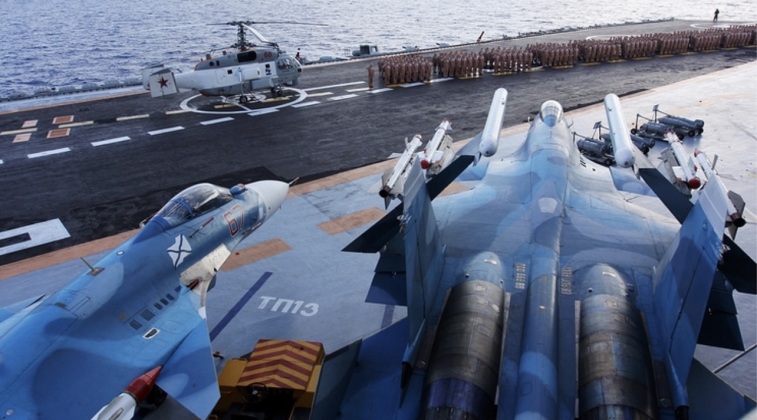 The Admiral Kuznetsov has had a long and troubled history in the Russian Navy, and while highly formidable when it entered service the capabilities of both the ship and its fighters have increasingly been considered obsolete. Modernisation of the ship’s propulsion systems, sensors, electronics and at least a part of its fighter air wing are expected, with replacement of its P-700 cruise missiles with more modern Zicron hypersonic missiles also having been speculated. There remains a significant possibility that Russia could benefit from Chinese support to modernise the ship, with the Chinese People’s Liberation Army Navy operating two ships based on the same design – the carriers Liaoning and Shandong – which are both considered far more capable and have suffered from no similar performance issues to their Russian counterpart. While the Kuznetsov was launched by the Soviet Union, which was then the world’s second largest economy and a world leader in research and development and in shipbuilding technologies, the Russian economy’s very different situation in the 2020s means its ability to modernise its existing ship to world standards without overseas support remains questionable.