Since the second week of March reports of Russia’s Su-57 next generation fighter operating in support of the country’s war effort in Ukraine were followed by sightings of the stealth fighter over the city of Zhytomyr, fuelling widespread speculation as to what its mission may have been. With only a single understrength squadron in the Russian Air Force operating the Su-57, namely a test unit at the 929th State Flight Test Centre well within range of Ukraine, Russia has relied heavily on older aircraft such as the Su-34 strike platform and Su-35 air superiority fighter the latter which is thought to have gained multiple air to air kills in the theatre. The Su-57’s far superior capabilities, however, and particularly the benefits of testing the new fighter in a war zone much as was previously done with various prototypes of the airframe in Syria, has made the war in Ukraine a valuable opportunity for to advance the program. Russian state media outlet TASS thus confirmed on May 20 citing a defence industry source that Su-57s had been deployed to the theatre beginning “two to three weeks” after the war broke out, with the fighters “operating using missiles from outside the area of active destruction of enemy air defence systems.” Based on what is known of the Su-57’s capabilities and the stage the program has reached, a look at the five missions which the aircraft is most likely to be fulfilling in Ukrainian airspace is given below. 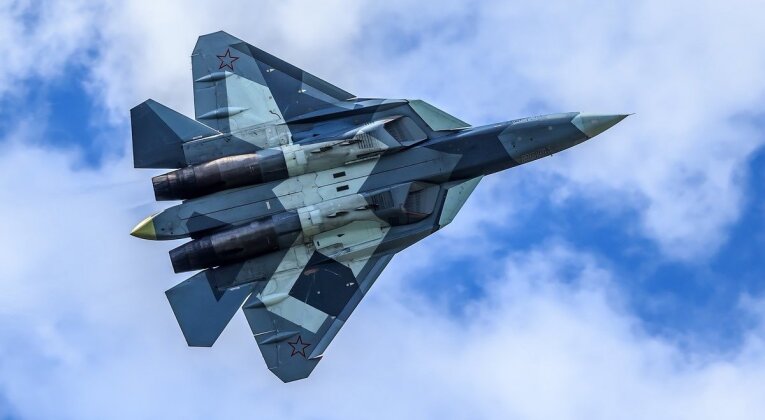 The Su-57 is considered to have by far the most capable electronic warfare capabilities of any fighter in Russian service, with six electronically scanned array radars across the airframe operating in different bands very well optimised to disrupting enemy communications and blinding air defences. These are supplemented by a laser defence system intended to blind infrared guided weapons, although with the Su-57 giving Ukrainian air defences a wide berth these shorter ranged systems are unlikely to be employed. The Su-57 also integrates the ‘Himalayas’ electronic warfare system, which is not stored in a single area on the fuselage but instead distributed across the airframe including in the wings to better interfere with enemy targeting systems. The fighter may thus be deployed in an electronic attack role to suppress enemy air defences, limit situational awareness, and provide a force multiplier for other units. This could be achieved by just a single Su-57 accompanying a unit of older aircraft, and potentially allows even a very small number of the aircraft to have an impact on the battlefield. 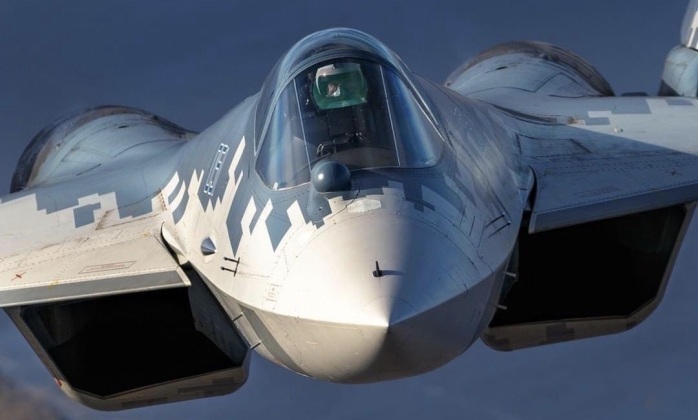 The Su-57 deploys twice or more as many radars as any other fighter in the world, with six radars between them allowing each to track up to sixty targets simultaneously. Deployment to Ukraine could allow the fighter to test its situational awareness and more quickly improve its sensor suite as serial production of the type continues to expand. With Ukraine deploying large ground forces including Europe’s largest tank force, as well as a much depleted but still flying fighter force and dozens of drones the theatre could provide one of the best simulations of a complex battlefield environment to fine tune the Su-57’s sensors. The fighter’s ability to operate alongside other Russian assets, ranging from S-400 missile systems in Belarus that have contributed to the war effort to older Su-34 strike fighter units, could also be tested. This could be particularly valuable for advancing the capabilities of its data links and next generation level network centric warfare capabilities – a field where Russia has long lagged behind the industry leaders China and the United States. With the Su-57 also intended to serve as a command aircraft for older Su-35 fighters, this may well also be tested with the fighter sharing data from its more powerful sensor suite to serve as a force multiplier for Su-35 units. 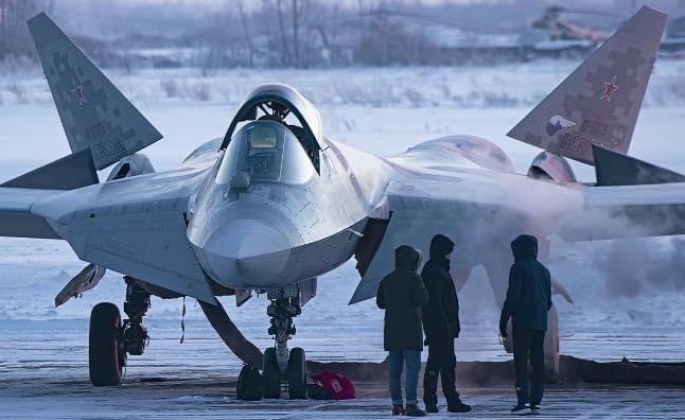 Like most post Cold War tactical weapons systems the Su-57 program was largely developed with export in mind, and with a number of clients having shown a strong interest the fighter’s deployments to Syria and more recently to Ukraine were long speculated to be intended to increase foreign interest an demonstrate Russian confidence in the design. While it is unlikely to gain multiple air to air kills as Su-35 units have, the fact that the Su-57 is a clean sheet airframe design which the Russian Military has only limited experience operating makes its presence in a war zone against a state adversary an important signifier of confidence in and of itself. While Algeria has been widely reported to have already placed an order for a unit, other leading potential clients include India, Vietnam, Myanmar and Kazakhstan among many others. Exports have been stymied by long delays to the program, with the Russian Air Force having yet to field a single full strength squadron despite having been originally scheduled to field 200 airframes by 2025. Combat deployments of serial production airframes may partially compensate for this to restore faith in the eyes of potential clients. 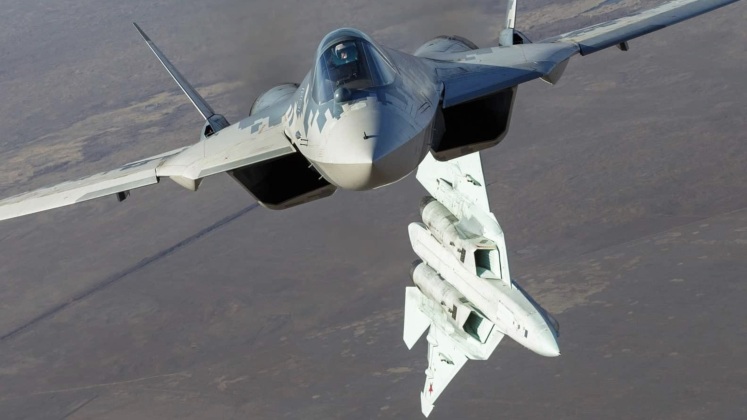 Much as in the United States Air Force when transitioning to operate fifth generation F-35 fighters, transitioning Russian pilots and maintenance crews to operating the Su-57 is expected to be a tenuous process due to the very significant discrepancy in technology level with prior fighter classes. Where in Syria Russian Air Force pilots and other personnel were cycled through the theatre to provide as many as possible with experience under combat conditions, so too could Su-57 deployments to Ukraine be seen as a way to provide a large pool of personnel with operational experience using the next generation fighter. A further benefit is that feedback from personnel could contribute to refining the aircraft, much as was the case when the Su-35 was tested in combat operations in Syria from early 2016. Much as was the case when prototypes were deployed in Syria, the Su-57 is likely to have made use of new standoff weapons to neutralise Ukrainian targets from safe distances primarily for testing purposes but also to contribute to the war effort. The Kh-59MK2 cruise missile first tested in Syria, which was designed as a primary air to ground armament optimised for neutralising small hardened targets at extreme ranges, provides a standoff strike capability which very few aircraft in the world can match. The missile’s advanced capabilities could make the Su-57 a much valued asset in Ukraine despite its very small numbers. While older and cheaper standoff weapons are expected to be preferred in most situations, the additional benefit of testing the missile under combat conditions means Su-57s may well launch such missile strikes frequently. Although the Su-57 deploys some of the most capable air to air missiles of any fighter, which is one notable strength relative to its Chinese and American competitors, these are less likely to be tested due to the paucity of manned aircraft still operating in Ukraine. Nevertheless, even a kill against an unmanned aircraft would make the Su-57 the first fighter of its generation to gain a beyond visual range air to air victory.