The Chinese People’s Liberation Army (PLA) Rocket Force University of Engineering in Xian has made progress towards developing a new hypersonic weapon capable of engaging small mobile targets precisely enough to hit a moving car, according to team leader Yang Xiaogong. He stressed that “important progress” had been made towards solving the primary issue of pinpointing moving targets at extreme speeds, which has long been considered near unsolvable. The team highlighted in a paper for the Infrared and Laser Engineering peer reviewed journal that the speed of hypersonic weapons, which travel at at least five times the speed of sound, means even very small positioning or guidance errors can result in missiles striking very far off target. The infrared signature of a car sized moving target “constitutes just a few pixels without detailed information such as shape, texture and structure,” which makes identification and tracking “extremely difficult.” A further issue is the fact that infrared sensors require cold environments which makes them very difficult to integrate onto missiles which that are several thousand degrees hot – as is normal when travelling at hypersonic speeds. Nevertheless, the team expressed confidence that such a missile could be developed by 2025. Although Russia was initially a pioneer in hypersonic technologies, China has increasingly been considered the world leader in the field. Some of its notable weapons systems including the world’s only hypersonic aircraft the WZ-8 drone, an unnamed intercontinental range hypersonic glide vehicle which U.S. officials in particular observed the testing of with considerable concern, and the DF-17 which for three years was the world’s only ground launched tactical missile with a hypersonic glide vehicle. While Russia and more recently North Korea have made achievements in the field, the United States has yet to field any hypersonic glide vehicles while its European partners remain considerably further behind and are expected to rely on American technologies to eventually build their own arsenals.

While a ballistic missile capable of launching from the cells of Chinese destroyers and submarines is expected to be among the next hypersonic weapons to enter service, a highly precise air launched infrared guided hypersonic weapon would potentially be a game changer for the PLA Air Force and naval aviation. The ability to eliminate key targets and even specific vehicles and persons from very long distances at hypersonic speeds would “significantly expand the scope of application of hypersonic weapons in a regional war,” according to team leader Yang. High speeds are particularly valued for minimising a target’s reaction time and for making missiles far more difficult to intercept, although against naval targets in particular the speed of their impact also adds considerably to the damage done. Yang noted that his team had created a new identification and tracking method which would make precise engagement of moving targets on unpredictable trajectories, such as a car which could turn at any time, highly possible. This was done using data from motion sensors to adjust every pixel producing a clearer more stable background that made targets stand out more sharply. 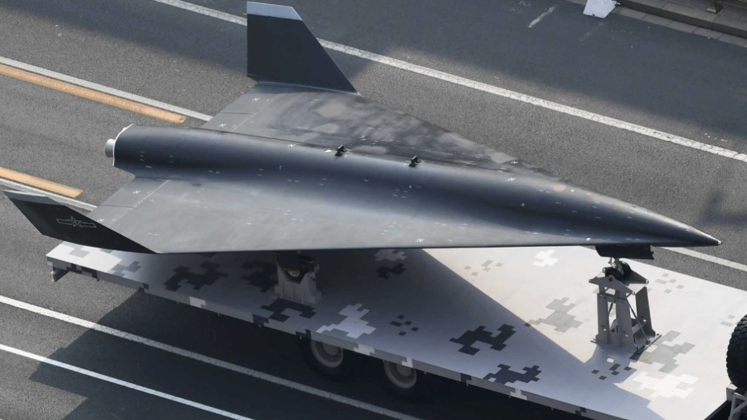 According to the scientists at Xian hardware breakthroughs were key to accelerating progress in the field, and included improvements in sensor technologies allowing heat signals to be detected as a unique wave form over long distances to produce clear images at hypersonic speeds. Breakthroughs were also made in developing replacements for diamonds and precious metals previously used in infrared seekers which could survive the extreme environments created by travel at over Mach 5 while costing considerably less. A hypersonic precision strike munition could potentially be integrated on to a number of PLA combat aircraft, including the JH-XX strike fighter and H-20 strategic bomber that are currently under development as well as future variants of the J-20 stealth fighter. As China has increasingly led the world in developing new weapons technologies from the late 2010s, there remains a significant possibility that it will be the first by several years to field ultra precise infrared guided hypersonic missies.