With several times more bases overseas that all other air forces combined, the United States Air Force confronts multiple potential adversaries across the world from Iran and Syria in the Middle East to Russia and Belarus in Eastern Europe. While the service currently has two classes of fighter on order, the F-35A and F-15EX produced by rivals Lockheed Martin and Boeing respectively, the capabilities of the fighters of potential adversaries have steadily improved leaving the superiority of American combat jets in question. While during the Cold War all serious challenges to American air superiority came from Soviet fighter and interceptor designs, from the MiG-15 which provided pilots with an advantage over American jets during the Korean War to MiG-25 interceptor which challenged American aircraft over Iraq and Kuwait during the 1990s, the slowing of advances in Russian combat aviation and emergence of China as the world’s largest economy and leader in many areas of research and development have made its aircraft the most pressing competitors. While North Korea, Iran and Syria have not made any significant acquisitions of new fighter classes since the end of the Cold War, with the latest Chinese and Russian fighters going to countries that have somewhat better relations with the United States such as Angola, Algeria and Pakistan, this may well change in future as international tensions escalate. A look at the five most capable fighters fielded at squadron level strength by potential U.S. adversaries is given below. 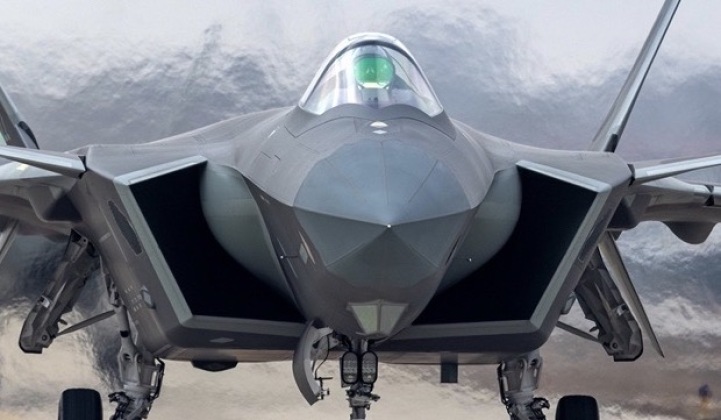 One of just two fifth generation fighters both in production and fielded at squadron level strength anywhere in the world today alongside the American F-35, the J-20 was first delivered to the Chinese People’s Liberation Army (PLA) Air Force in 2016 and has seen significant improvements to its design since. These have ranged from structural changes to its airframe to integration of WS-10C engines which allow it to fly supersonically for sustained periods without using afterburners – something the F-35 notably cannot do. The J-20 is a close contender for the title of the world’s most capable fighter for air to air, with the F-35 being a much lighter single engine design intended primarily for strike roles with the F-22, which saw production terminated in 2011 less than six years after entering service, suffers from ageing avionics and computer architecture and is confirmed to be scheduled to begin retirement several decades early. U.S. Air Force officials have expressed a degree of admiration for the J-20’s capabilities, and while a sixth generation air superiority fighter is currently being developed in the United States likely designed with tackling the J-20 in mind, until then the Air Force may well struggle to tackle the fast improving and fast growing fleet of Chinese stealth fighters. With the Russian Su-57 and Chinese FC-31 program both having yet to produce a full strength squadron in active service, the J-20 remains the only fifth generation challenger to American air power. 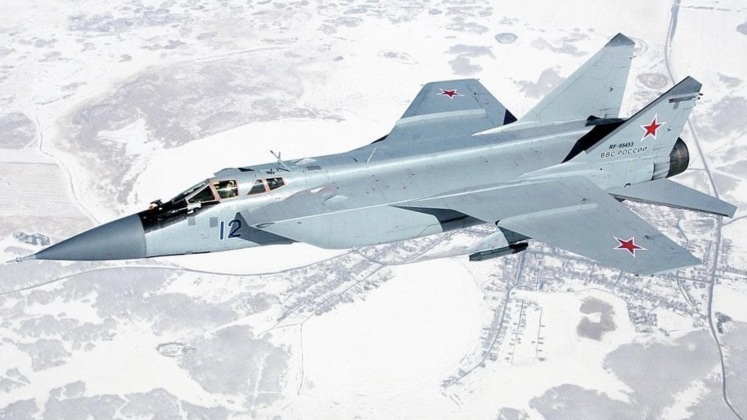 Technically an interceptor rather than a fighter, the MiG-31 Foxhound first entered service in the Soviet Air Force in 1981 and at the time provided revolutionary new capabilities. The Foxhound was two decades ahead of any Western aircraft in integrating an electronically scanned array radar for air to air combat, could fly and use its missiles at extreme altitudes in space, and could fly for sustained periods at high supersonic speeds. Its engines remain the most powerful in the world for a fighter or interceptor other than those designed for stealth aircraft. With successors to the Foxhound the MiG-31M which first flew under the Soviet Union, and the extremely ambitious Mikoyan 701 interceptor, both cancelled after the Soviet collapse and economic decline devastated the Russian defence sector, the MiG-31 has continued to be modernised with the latest BM and BSM variants entering service in the 2010s and providing much improved beyond visual range air to air capabilities. The Zaslon-M radar provides a degree of situational awareness with few rivals, with its sheer size largely compensating for the greater sophistication of rival foreign designs, while the new R-37M missiles are widely considered the most capable in the world with a 400km range, Mach 6 speed and 60kg warheads. The MiG-31’s very high speed and ability to strike from extreme altitudes with up to six R-37Ms and multiple shorter ranged missiles make it a powerhouse even without considering its additional anti satellite, hypersonic ballistic missile strike, and cruise missile interception capabilities. 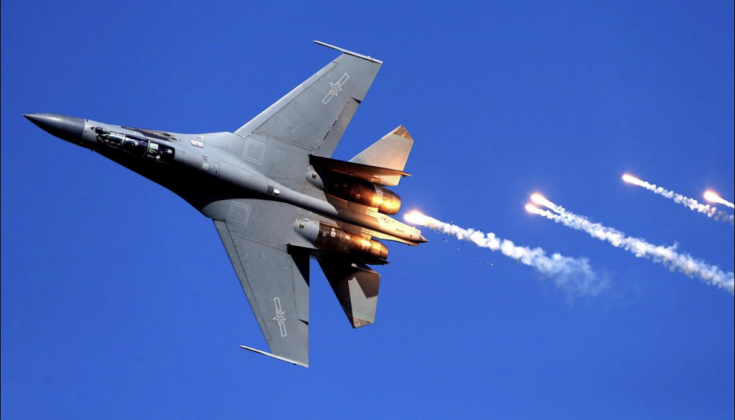 Estimated to have entered service from 2014, the J-16 fighter is an advanced derivative of the Soviet Su-27 Flanker design boasting a range of advanced features not seen on Russian variants. These include advanced stealth coatings, high use of composite materials, and access to PL-15 and PL-10 air to air missiles which are also used by other post-2000s PLA fighters. The fighter inherits and improves on the Flanker’s high manoeuvrability, high endurance and excellent speed and altitude, and integrates an AESA radar and advanced helmet mounted sighs and data links to provide a very high degree of situational awareness. Other advanced Chinese Flankers which have since entered service in much smaller numbers include the J-11BG, an enhancement of the J-11B from the previous decade which adds an AESA radar, improved avionics and provides comparability with the PL-15 and PL-10 bringing its air to air capabilities to a similar standard to the J-16. The J-15B, an improved aircraft carrier based Flanker derivative, benefits from the same features but boasts a newer airframe design and possibly more powerful engines. 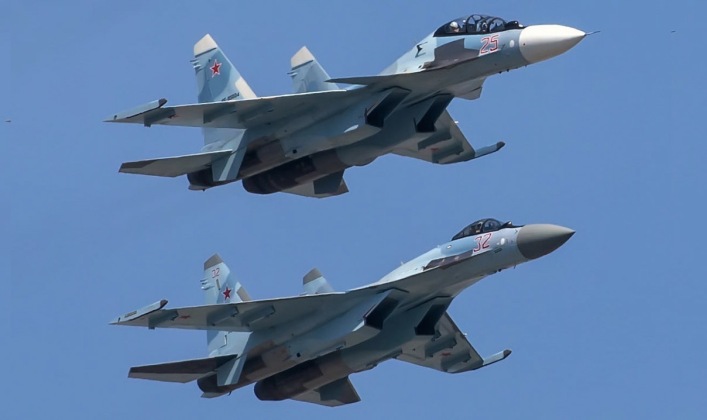 Joining the Russian Air Force from 2014, the Su-35S saw protracted development for over 25 years due to the Soviet collapse and has been produced at a relatively low rate, with under 150 thought to have been built so far little over two thirds of which were for domestic use. The aircraft is a close contender with the J-16 for the most capable Flanker derivative, although its reliance on much older R-77, R-27 and R-73 air to air missiles and inferior network centric warfare capabilities are against its favour. Advantages the fighter retains include a higher endurance, superior manoeuvrability, and use of triple radars including the nose mounted Irbis-E and twin AESA radars embedded in the wings. The Su-35 is expected to widely integrate the R-37M and K-77M in future, which would make it much more potent in long range air to air engagements, with this anticipated for the second half of the 2020s when the improved Su-35SM variant begins to join the fleet. The fighter is reported to have gained multiple kills over Ukrainian skies against Ukrainian Air Force Su-27 Flankers while suffering no losses in air to air combat, although it was built to tackle much higher end threats including American stealth fighters which its L-band AESA radars are well optimised to detecting. The Su-35’s successor the Su-57 has notably seen no full squadrons enter service, while the lower end Su-30SM has been modernised with Su-35 technologies including its AL-41 engines with improved airframes designated Su-30SM2. The Su-30SM is a much cheaper Flanker variant less specialised in air to air combat which is produced in parallel to the Su-35, and has been widely exported with clients from Kazakhstan and Myanmar to Belarus and Armenia. 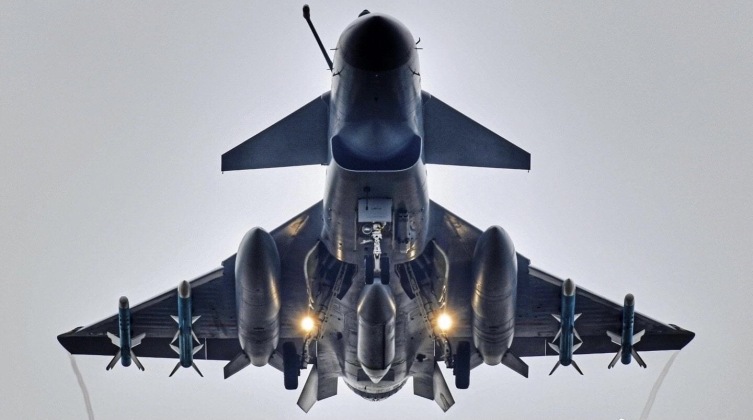 The J-10C ‘4++ generation’ single engine light fighter is currently one of the most produced fighters in the world, with over 200 having entered service since 2018 when the fighter first joined the PLA fleet. Pairing avionics on par with fifth generation fighters with the PL-15 and PL-10 missiles designed for the J-20 and J-16, the smaller aircraft often operates alongside the two heavier ones with the three representing China’s ‘new generation.’ The fighter has fared well against Flanker derivatives including the Su-35 and J-16 during exercises, and boasts a high degree of manoeuvrability and formidable electronic warfare capabilities. As a lighter aircraft the J-10C cannot carry as much ordinance or as large a radar and has a shorter range than Flankers or than the J-20, but it’s lower maintenance needs and operational costs means it can be fielded in larger numbers and more easily be kept at high levels of combat readiness. The fighter is likely to be widely exported, and it and more advanced future derivatives could between them see hundreds more built over time.