Entering service in 2014 after a protracted development period of over 25 years, the Su-35S heavyweight air superiority fighter is considered by far the most capable in Russian service fielded at squadron level strength and remains in production today. Over 100 serve in the Russian Air Force and close to 50 more have been built for export, with the jets seeing their first overseas deployment in early 2016 to protect Russian forces in Syria and deter potential Western or Turkish attacks. Like almost every other frontline Russian fighter, the Su-35 is derived from the Soviet Su-27 design but improves on its capabilities considerably with a more powerful AL-41 engine, and airframe with greater use of composite materials, and entirely new avionics and sensors. The aircraft is particularly prized for its high manoeuvrability at all speeds, its very high endurance far exceeding that of any Western rival, and the power of its sensor suite, Khibny-M electronic warfare suite, and long range missiles. Nevertheless the fighter is considered far less capable than its successor the Su-57 which was originally scheduled to enter service around 2015, but which similarly faced very significant delays, and its ability to fight on favourable terms against the most cutting edge foreign designs has increasingly been brought to question. A number of the Su-35’s leading shortcomings are assessed below. 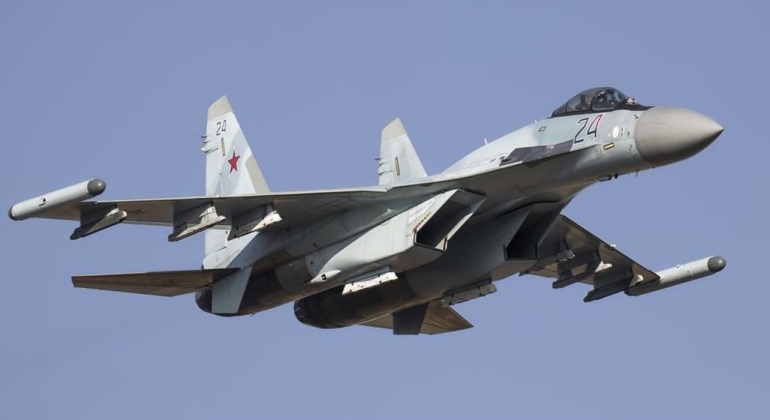 The most notable distinguishing feature of fifth generation fighters from advanced fourth generation designs, including ‘4++ generation’ jets like the Su-35, is there a use of very low observable radar cross-section reducing stealth airframes which provide significantly enhanced survivability against all manner of beyond visual range attacks. The lack of stealth limits the Su-35’s future viability as stealth designs increasingly dominate 21st century battlefields, making it likely that the fighter will not fire the first shot against stealth targets and will be targeted at much longer ranges than it can return fire. The Su-35’s ability to operate in air defence suppression roles, among others, will also be significantly compromised. Only two manned stealth fighters are currently in production and fielded at squadron level strength worldwide – the Chinese J-20 and American F-35 – meaning while the Su-35 is worse off for its lack of stealth this is common to the large majority of fighters in production worldwide including most production fighters in China and the United States themselves. The Su-35 notably has a radar cross section that is low for a heavyweight fourth generation fighter, and from the front is under one third that of the Su-27 on which it is based. 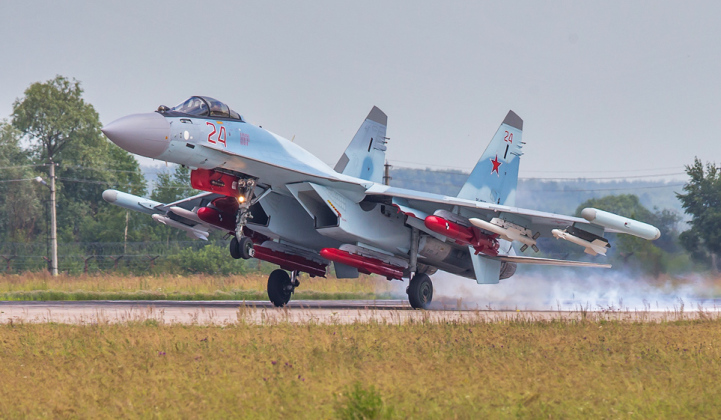 During the 1970s a major disadvantage of Soviet fighter aircraft was a lack of beyond visual range air to air missiles comparable to the American AIM-7, as while the Soviet R-40 missile was considered the world’s most capable it was too heavy to be carried by fighter sized aircraft and was deployed exclusively by MiG-25 interceptors. This changed as the R-27 missile began to enter service in the early-mid 1980s, providing fighters such as the MiG-29 and Su-27 with a significant advantage over their Western rivals. While the next step in the air to air missile race was the introduction of missiles with active radar guidance, with the Soviet R-37 see as the most promising and its lighter counterpart the R-77 providing parity with the American AIM-120, the Soviet collapse delayed both programs considerably and as a result Russian fighters still rely heavily on improved R-27 variants. While the R-77 was widely exported with the first deals signed in the 1990s, the Su-35 was the first Russian fighter seen deploying it in a frontline role in 2016. Nevertheless fighters are frequently armed with R-27s that are more widely available, and the R-77 although comparable to the American AIM-120C is considerably outmatched by the AIM-120D and moreso by the Chinese PL-15 that entered service in 2014 and 2015. New missiles have been developed for the Su-35 which could potentially turn its disadvantage into a major advantage, namely the K-77M with unique APAA guidance and almost double the R-77’s range, and the R-37M with a tremendous 400km range and high Mach 6 speed, these have yet to be widely deployed. 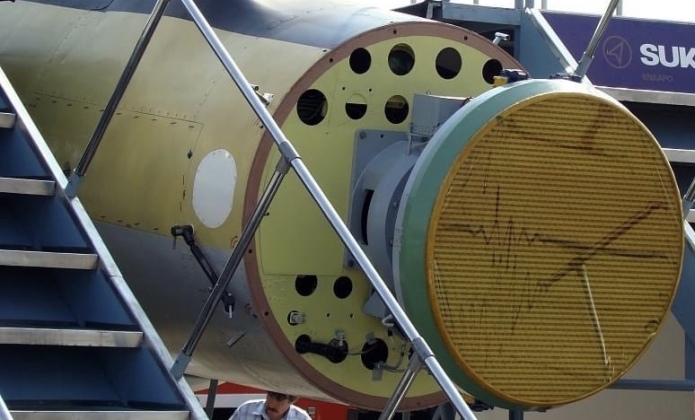 The lack of an active electronically scanned array radar has been a notable shortcoming of the Su-35 as these have increasingly become the norm since the 2000s, with Russia and European states being the slowest to adopt this technology compared to China, Japan and the United States. This was despite the Soviet union having been 20 years ahead of its competition in fielding the first electronically scanned array radars for air to air combat – these being older passive electronically scanned array radars – with the decline of the defence sector after the Soviet collapse slowing progress considerably. The Su-35’s Irbis-E radar is nevertheless considered the world’s most powerful non-AESA radar deployed by a fighter, and has a two-step electro-hydraulic drive unit which turns the antenna mechanically to 60° in azimuth and 120° in roll while the the antenna device scans using an electronically controlled beam in azimuth and angle of elevation in sectors exceeding 60°. This provides a tremendous 120° detection angle. The radar can detect fighter sized aircraft at 400km ranges, and can handle 30 targets simultaneously and provide guidance for the simultaneous firing. While the Su-35SM variant currently in advanced testing stages is reported set to integrate an AESA radar based on that developed for the Su-57 fighter, the Irbis-E provides capabilities ahead of most AESA radars today and is supplemented by two smaller L-band AESA radars embedded in the fighter’s wings for additional situational awareness. 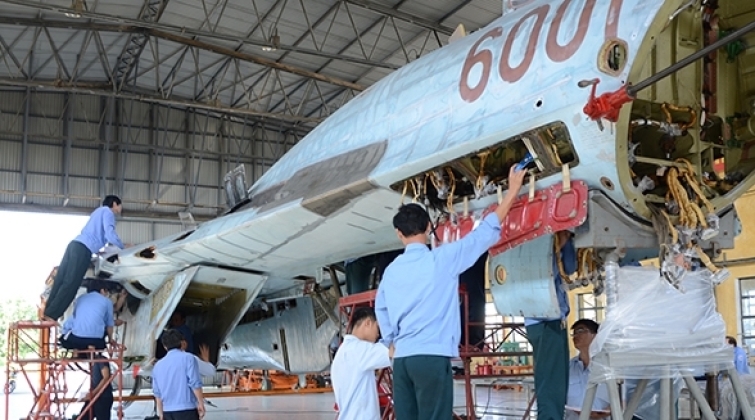 Perhaps the most significant drawback of the Su-35 relative to competing fighters are its high maintenance requirements and operational costs. This makes the aircraft more difficult to keep at high levels of operational readiness, and means that no matter how cost effectively it can be manufactured it will still set any defence ministry that funds it back significantly in funds over its lifetime. High maintenance and operational costs also have implications in wartime, since fighters will be able to generate less sorties over a longer period and be more vulnerable to enemy interdiction efforts targeting supplies of fuel and spare parts. While high, the Su-35’s maintenance costs are nevertheless far from outstanding among heavyweight fighters and modest compared to the older Su-27 or to competing foreign designs such as the American F-22. The aircraft’s more modern design using composite materials, as well as its much more sophisticated engines, mean significant progress has been made in reducing maintenance needs compared to the original Flanker design of the 1980s on which it is based. High maintenance costs are common to all heavyweight fighters, and are a cost widely seen to be worth paying for their higher endurances, larger sensors and greater firepower as well as their generally higher speeds and operational altitudes compared to lighter aircraft.